A recent study has suggested that the AstraZeneca-Oxford vaccine may substantially lower the spread of the coronavirus. However, the University of Oxford study has not been formally published yet.

The study suggests that there is a higher protection from the Covid-19 virus if the vaccine shots are spread three months apart. The study found that a single dose of vaccine lowers the virus transmission by two-third, thereby boosting the government’s controversial decision to expand the gap between two required shots to 12 weeks. 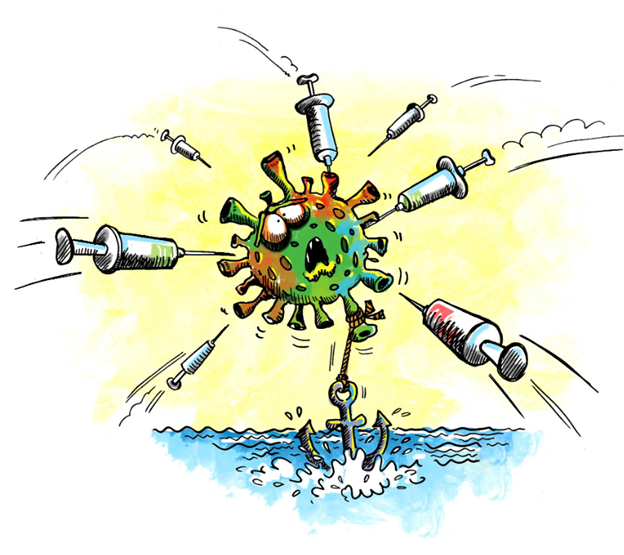 The results are crucial for the nation as the impact on virus transmission is very critical at this stage when the overall number of cases is high. In case the vaccine only stops one person getting it from falling victim to the disease, but she can still pass it on to others, then a complete community protection needs everyone to be immunised. However, if it also stops her from spreading the virus any further, then the overall impact on lowering the infection rate would be far greater since each inoculated person protects others too, even if indirectly.

The Oxford study conducted weekly swab tests on 17,000 participants from Brazil, South Africa, and the UK to check the presence of coronavirus. The University of Oxford study revealed a 67 per cent fall in transmission once the first dose of the vaccine was given. It further revealed that the number of people testing positive for the virus halved once they had received two vaccine shots. The report said that the vaccine could have a substantial impact on limiting the transmission rate by dropping down the total number of infected people.

It is pertinent to note here that unlike many other nations, Britain is prioritising offering first dose to as many people as possible in the very first go. It would save more lives by giving limited protection to all, says the government. However, this strategy means that one might have to wait for around three months for the second dose instead of the recommended time of three weeks.

The study has shown that protection remained at a level of 76 per cent during the three-month period after the first jab was offered. Moreover, the protection rate jumped to 82 per cent once people received the booster shot.

Prof Andrew Pollard, chief investigator, Oxford vaccine trials said that he was happy to note that the data supported the recommendations of the government’s joint committee on vaccination and immunisation for a twelve-week booster interval, as it sought out an optimal rollout approach across the nation.

The study has not measured the impact of the vaccine in handling the new virus variants.

Healthcare experts have indicated that the Oxford study has definitely provided some evidence for suggesting that the final protection from two shots is not worsened by having a long gap between them. Overall, the report does indicate that the Oxford-AstraZeneca vaccine works and works fine, they add.