Pork farming is the only primary industry in New Zealand that does not cater completely to domestic demand and does not export. In fact, New Zealanders are more dependent on imports of pork as the domestic pork industry has not been able to grow much in the last few years.

The reasons for the domestic pork industry not picking up are many and complicated.

Price is an important factor

Like other countries, the NZ population is very price-conscious and regards affordability as a major factor for deciding the consumption of a product. Part of the consumption is met by NZ pork, but there are households that are poor and still struggling to make ends meet, and for them, affordability is very important.

According to the latest press release from NZ pork, the statutory industry board, ~ 62% of NZ’s pork consumption is currently imported, of which ~85% is further processed. As per the statutory industry board, the pork that is imported into New Zealand from other countries is considered inferior as its production practices do not meet NZ’s legal requirements in all respects. It is essential for Kiwis to know that premium home-grown pork, though costly, is better than the rest.

According to NZ Pork 2019 annual report, the commercial PIG farming is a small-scale industry with ~93 commercial pork farmers producing primarily for the domestic market. NZPork had run a welfare audit on the entire industry so that the locally-produced pork could be labelled as '100 per cent NZ Pork, Ham or Bacon'.

According to a report studying the reasons for pork consumption in NZ being dependent on imports said that this industry is still behind in brand building around New Zealand. For instance, Companies such as Synlait have their brand strategy as “Lead with pride”, Fonterra has “Dairy for life”, and the beef industry has “Taste pure New Zealand”. All these demonstrate some attributes that New Zealanders are looking for, but the pork industry is not doing it in a big way. 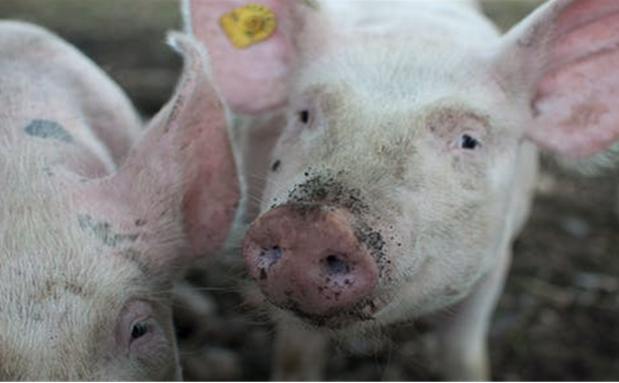 According to a media report, about 60% of pigs farmed in New Zealand are bred indoors. Most of them are forced to give birth and raise young ones in farrow trays. So, animal welfare groups have been raising voices against the farrowing trays and get them banned.

In November 2020, a high court ruling said that use of mating stalls and farrowing crates was unlawful and invalid. The court directed National Animal Welfare Advisory Committee (NAWAC), which advises the minister for animal welfare, to assess the validity of pig farmers’ use of indoor farrowing system.
It is also supposed to recommend how to phase out the breeding of pigs in farrowing trays.

Today, it is about how food fits into our fast-paced lives. Besides the dietary quality, ready-to-eat foods are also being emphasised in the consumption patterns. Growing trend reveals that New Zealanders are unwilling to cook meals from a scratch due to their busy lifestyles. The NZ pork is good as an option of fresh pork, but it does not value-add as ready to eat. It also does not provide consistency in quality as regular as the imported pork does.

So overall, NZ producers need to look at ways to improve production of pork as demand is on the rise. It would be necessary to work as an industry — farmers and manufacturers together to look at ways of improving the convenience factor of NZ-produced pork. The products should be in compliance with the new generation’s need for ready-to-eat packaging with good nutritional value.

Besides that, New Zealand government is also introducing Country of origin labelling on demand from the pork industry. Although a law was framed in 2018 to give people a clarity on where the pork comes from, it will be finalised in mid-2021 and become effective in December 2021. The country-of-origin labelling will reduce risk of getting disease-ridden pork from other countries. This decision was taken when swine flu was spreading fast in some countries around the world. It is believed that labelling would also support local pork industry. The consumers would know where the products are coming from and the practice will lead them to buy local pork easily.

Minister of Commerce and Consumer Affairs said that the government was working towards finalising the regulations and said that knowing where a product was coming from would help both the consumers and the business. Country-of-origin labelling is very important as most of the pork comes from countries that do not meet animal welfare standards.