Sensex is Bombay Stock Exchange’s (BSE) benchmark index. The term was coined by a market analyst, Mr. Deepak Mohoni, and is made by combining two words- sensitive and index. 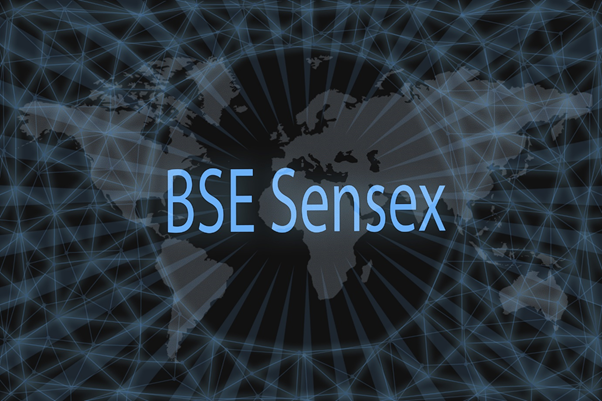 In equity, derivatives, currencies, mutual funds, and debt instruments the BSE promotes trading with efficiency and transparency. It also offers investor education, risk management and clearing in addition to trading.

The BSE Sensex is most well-known equity index of BSE. It operates on EUREX as well as the stock markets of Russia, China, Brazil, and South Africa and is the most widely used and followed indexes out there.

What role does the Sensex play in the stock market?

The term Sensex refers to an index that represents the Bombay Stock Exchange, which was formed in 1875. The stock exchange did not have an official index until 1 January 1986, and when the Sensex launched, people used it to assess the success of the share market and economy.

The Sensex has 30 largest firms those are the most actively traded stocks on the BSE. Investors and analysts use the Sensex, India's oldest stock index, to monitor the country's economic cycles as well as the rise and fall of specific industries.

The Sensex, India's oldest and most trusted index, is used to monitor the overall economic growth, progress, and twists and turns so that investors can evaluate the market and make better investment decisions. 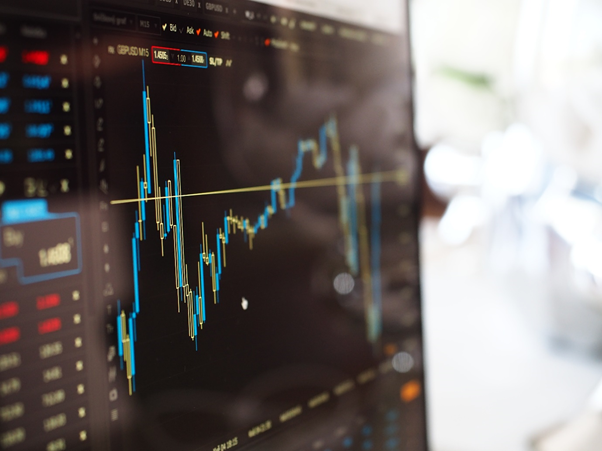 What causes the Sensex to rise?

Since India's economy was opened in 1991, the BSE Sensex has grown tremendously. The most significant increases occurred in the twenty-first century, when it increased from about 5,000 in early 2000 to over 42,000 in January 2020. This is largely due to India's booming economy, which has been growing at one of the world's highest rates for years.

However, due to the global COVID-19 pandemic that began in early 2020, India's economic growth slowed, casting doubt on potential gains.

What is the Sensex calculation methodology?

So, here's the formula:

How does the Sensex differ from the Nifty?

The movement of stocks may be impacted by a number of factors, and hence the index. For instance, when there is an election outcome, a trade war escalates, or a rate cut is announced, the Sensex and Nifty either spike or plunge.

The Sensex index, which is derived from the word "Sensitive Index," is comprised of 30 companies listed on the Bombay Stock Exchange (BSE).

Companies collect capital through an Initial Public Offering (IPO), after which they are listed on stock exchanges such as the BSE and NSE. This gives the general public a better chance to purchase these shares in order to achieve their short or long-term objectives. 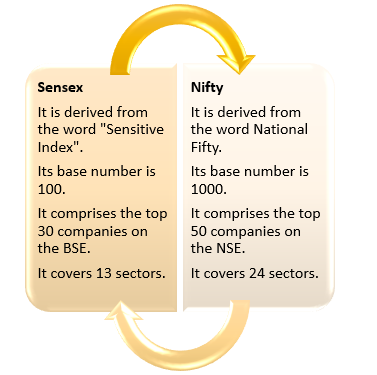 Which companies are listed on the Sensex?

The companies that are currently listed in this index are among the largest in the world, with the most actively traded stocks.

The S&P BSE Index Committee selects companies for inclusion based on the five factors below:

Sensex has 30 companies as of April 2021, a few of which are listed below: