What was the savings and loan crisis?

S&Ls are financial institutions that accept client deposits to offer loans for vehicle purchases, mortgages, and other personal loans.

When people bought houses, S&Ls were once thought to be a safe way to secure mortgages. During the 1970s, however, the United States saw high unemployment, weak economic development, and high inflation, resulting in stagflation in the domestic economy. Consequently, the number of people applying for mortgages decreased considerably, wreaking havoc on the S&L sector.

Therefore, during the 1980s, numerous S&Ls filed for bankruptcy. The savings and loan crisis resulted in $160 billion in losses, of which $132 billion was paid by taxpayers and the remainder by the S&L sector.

What triggered the savings and loan crisis?

S&Ls was a long-drawn-out financial crisis. The S&L system was established by the Federal Home Loan Bank Act of 1932 to encourage working-class individuals to buy homes. S&Ls offered lower-than-average mortgage rates in exchange for paying lower-than-average interest rates on deposits. Education, corporate expansion and commercial real estate were all out of the question for S&Ls. They didn't even have checking accounts for their clients.

In 1934, Congress established the FSLIC to safeguard S&L deposits so that the Federal Deposit Insurance Corporation protects commercial bank deposits. By 1980, the FSLIC had insured 4,000 savings and loans with a combined value of $604 billion. In addition, 590 S&Ls with $12.2 billion in assets were protected under state-sponsored insurance programmes.

Slow growth and Stagflation have wreaked havoc on S&Ls and reduced the number of people seeking mortgages. Moreover, interest rates on loans and deposits were capped under their enabling legislation. As a result, depositors sought higher yields in other financial institutions.

These causes did not end S&L's disasters, and the situation deteriorated in the 1980s. Money market accounts, which gave greater interest rates on savings even without insurance, became quite popular in the meantime. However, the banks' source of funds was decreased when depositors shifted.

S&L banks petitioned Congress to remove the low-interest rate limits, which the Carter administration granted, allowing S&Ls to hike interest rates on savings deposits. It also increased the depositor's insurance coverage from $40,000 to $100,000. As a result, s&Ls had already lost $4 billion a year by 1982, a dramatic reversal from the industry's $781 million profit in 1980.

Between 1982 and 1985, S&L's assets climbed by 56%. Legislation has been passed in Florida, Texas, and California, allowing S&Ls to invest in speculative real estate. Banks utilised historical accounting at the time, which meant they only put the original price of real estate they purchased in the list and only updated it when the asset was sold.

When oil prices plunged in 1986, so did the value of property hold by Texas S&Ls. Banks, on the other hand, maintained the original value on their records. This gave the impression that the banks were in good financial position than they were, and the banks could conceal the deterioration of their dwindling assets.

Despite this legislation, by 1983, 35% of the country's S&Ls were not profitable, and 9% were insolvent. As banks failed, the FSLIC began to run out of money. As a result, the government permitted bad S&Ls to remain operational, making bad loans and increasing losses. As a result, the FSLIC fund announced itself insolvent in 1987, owing $3.8 billion.

What was the Keating Five Scandal all about?

The Senate Ethics Committee probed five American senators during the savings and loan crisis in 1989. The scandal was called after the head of the Lincoln Savings and Loan Association, Charles Keating. Donald Riegle, John Glenn, Dennis DeConcini, John McCain and Alan Cranston were among the Keating Five. 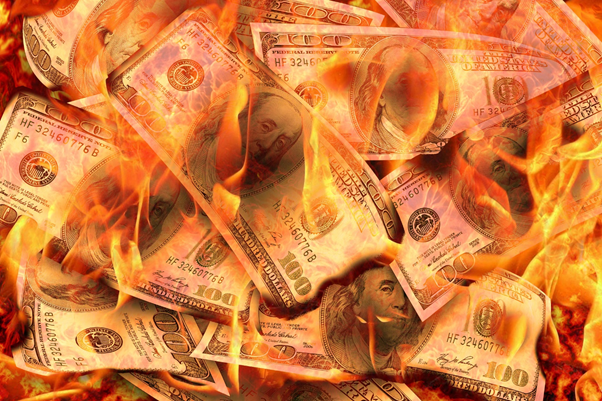 What was the plan for overcoming the savings and loan crisis?

President George H.W. Bush, who had just been elected, outlined his bailout policy in 1989. The Financial Institutions Reform, Recovery, and Enforcement Act of 1999 (FIRREA) set aside $50 billion to shut failing banks and prevent further losses. In addition, it created the Resolution Trust Corporation, a new government organisation tasked with reselling bank assets and reimbursing depositors with the proceeds.

The act also imposed minimum capital requirements, increased insurance costs, restricted S&L non-mortgage and mortgage-related assets to 30% and mandated bad bond divestment. The Resolution Trust Corp. had liquidated over 700 S&Ls at the end of the process.

What effect did S&Ls have on the financial industry?

The S&L industry continued to lose money due to the delayed closure of underperforming S&Ls, prompting the Federal Savings and Loan Insurance Corporation (FSLIC) to file for bankruptcy. The crisis also contributed to the United States' recession in 1990.

The number of home purchases during the economic crisis was the same as during World War II. Because Texas had more than half of the S&Ls, the savings and loan crisis became a big problem. As a result, the remaining S&Ls in the US have amalgamated or been bought out by bank holding firms.

Rise in inflation: 3 hospitality stocks to get impacted

Which are top 5 NZX stocks closely watched by investors?

Openpay (ASX:OPY) shares pick up from yearly low, rise over 19%

Why RBA’s digital currency could be a threat to the financial system?

Who is Way2VAT (ASX:W2V)? Get acquainted as they could save you thousands