What is meant by the term overheated economy? 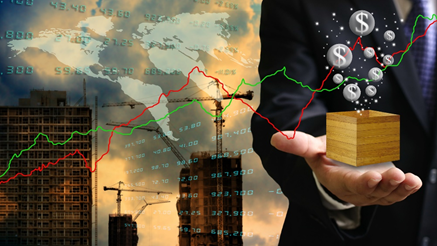 What is the technical definition for an overheated economy?

Thus, a situation in which a country's actual GDP exceeds its potential GDP is the technical definition of an overheated economy. As a result, if a country's human and natural resources are being used more intensively than they should be, the economy is said to be overheated.

What are the features of an overheated economy?

There may be various parameters in the economy which are indicative of an overheating economy. For instance, markers like actual output overshooting the potential output estimates, rising prices and wages, increased borrowing, shifted preference for imported goods over domestic ones, very low unemployment combined with increased demand for labour and asset bubbles are all signs of an overheated economy.

A successful bull run is a forerunner to an overheated economy. The bull run results from low interest rates that prevail in the market- this encourages consumers to increase their consumption, and there is a high degree of optimism among businesses and investors. Unfortunately, investors tend to arrive at wrong extrapolations from this rising trend. They are mistaken here because economies do not grow exponentially but cyclically. As a result, in reality, the bull run is followed by a downfall in the economy. As a result, we should be concerned about the risk of an overheated economy if interest rates have been artificially kept low for an extended period. When interest rates reach their lowest point, they tend to rise. 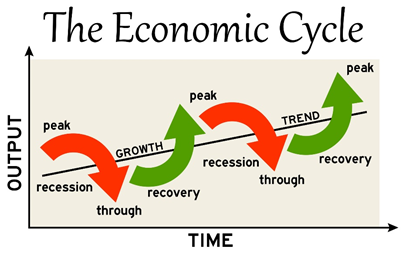 The underlying state of an economy is also reflected in housing prices. When the economy has too much money, people tend to put it into fixed assets like houses. The housing markets tend to get overheated when excess money is pumped into the economy over a long period. This means that property prices are rising well beyond the affordability of an average person. Even the most skilled professionals are unable to afford accommodation and rent in this environment. In the post covid recovery phase, several economies are seeing a boom due to the stimulus packages given by the government. For example, the housing market in Australia is seeing soaring prices. Because housing affordability is defined as the ratio of housing prices to median income, low housing affordability indicates that housing prices are rising without equivalent increases in income. This, too, is a classic symptom of an overheated economy. An unsustainable increase in asset pricing is called the asset bubble and is a sign of overheating. A recession followed the 2001 dotcom bubble burst. Similarly, the 2008 global financial was a result of the real estate mortgage bubble.

In an economy that is overheating, there is a high degree of optimism. As a result, people borrow heavily to spend on discretionary purchases, and there is a low degree of caution among buyers. Thus we can say that increased borrowings or household indebtedness are also features of an overheating economy.

Why is overheating dangerous?

An overheated economy can become a cause for financial imbalances in the economy and can magnify economic distress. Overheating is harmful to the economy because it sends the economy into a downspin. Producers are not able to match supply with demand. As a result, there is an unusual price surge. It can also trigger a wage-price spiral. A wage-price spiral is a situation where an increase in wages increases the cost of production and, in turn, the prices of goods followed by a further wage increase demand to pay the higher prices. Economies closer to full employment levels are more likely to hit a wage-price spiral.

When costs and prices are higher in the domestic market, exports become less competitive, and people turn to imports to meet their demands. Adjusting to a sustainable growth path if this future income does not materialise can be difficult. Bankruptcies, job losses, pay cuts, and cut in public service may be the result.

What can be done to help an overheating economy?

Controlling excess lending and buffer creation to absorb shocks is a way to cool an overheating economy. Furthermore, increased interest rates motivate people to save more and thus aid in cutting down on their consumption. In addition, tax rates could be increased in the economy to reduce the disposable income available to the public. All these measures ultimately cut down the aggregate demand and thus manage to bring down price and output levels in the economy. Thus the overheated economy enters the cooling process.