What is a neural network?

A neural network is a unit of deep learning, which itself is sub-field of machine learning. Neural network refers to a series of algorithms that mimic the way a human brain operates to understand relationships between massive amounts of datasets.

A neural network takes input data and then trains itself to recognize patterns of the data. Based on the pattern recognition, the network then predicts the output for a new set of similar data. 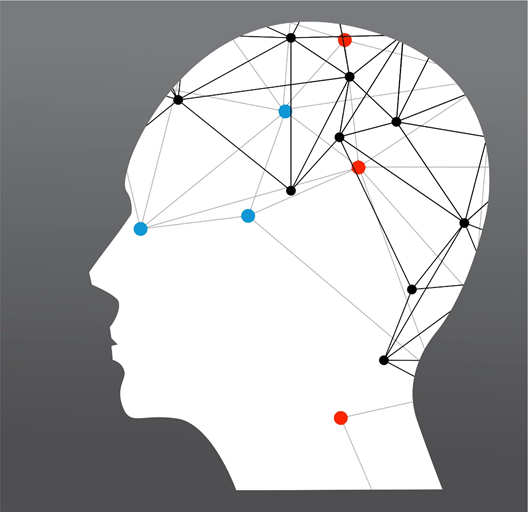 The study of the human brain is quite old. However, the first step towards the neural network started in 1943. Warren McCulloch, a neurophysiologist and a mathematician, in the year 1943, wrote a paper related to how neurons might work. During that time, a simple neural network model was created using electrical circuits. 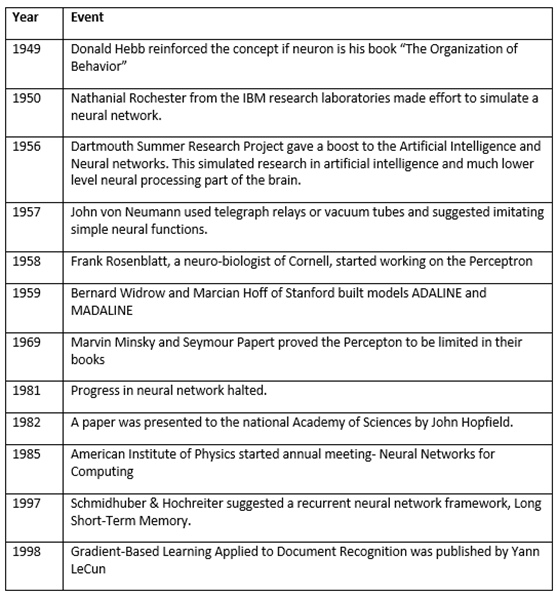 What are the major types of neural networks?

There are four major neural network layers. These includes:

The fully connected layer forms a vital component of CNNs which can be proved beneficial in recognizing and classifying images for computer vision.

A Convolution Layer is an essential type of layer in a CNN and is used for detecting features in images. In this process, the convolution layer uses a filter through which it scans an image, a few pixels at a time. It then creates a feature map that predicts the class of each feature.

Convolution Layer is used for analyzing imagery for recognizing an image and classification.

A Deconvolution Layer is a transposed convolution method that unsamples data to high resolution in an effective way. It comprises of image data or feature maps that are formed from a convolution layer or other types of data.

Recurrent Layer has looping capacity. Its input comprises data for analysis plus output from the earlier calculation done by that layer. Recurrent layers are the base of recurrent neural network (RNN) that provide them with memory while being recursive in nature, RNN is beneficial for cases related to sequential data such as natural language and time series.

What are the attributes of neural networks?

Just like humans can solve any particular problem, neural networks also have human-like ability to solve a problem. Below are some of the features of neural networks.

Major  areas where we see the application of neural networks

Below are some of the areas where we can see the application of neural network.

Speech is a way through which one communicates to others. Hence, for communication with machines, there is a need for a language that the computer or a machine can understand. These languages are quite sophisticated and are difficult to learn and use.

In present times, significant efforts have been made on this front, however, still there some issues with these systems as they are facing problems of limited vocabulary or grammar plus the challenges concerning retaining the system for different speakers in different conditions.

Many neural networks are being developed to automatically find out handwritten character, which could be either letter or digits.

Signature of an individual plays a vital role in checking the authenticity of the user for any critical transaction or deal.

For this, the first method is to extract the feature of the signature. In the next step, the neural networks are being trained using the feature sets of the signature via an efficient algorithm. Once this gets accomplished, then the system is ready to classify the signature that is original to the one which is forged.

This can be considered as a biometric method that can identify a particular face. In the first place, the image is pre-processed and then the dimension is being reduced. In the last stage, it must be classified based on the neural network training algorithm.

Why is Hasbulla crypto charming investors?

Which are 2 NZX supply-chain stocks to consider in 2022?

A quick guide: How do cryptocurrencies work?

5 best US fintech stocks to consider in 2022