What is the European Union?

The European Union is the product of European countries' political and economic collaboration. It comprises 27 member states who are bound by the obligations and privileges that come with membership. The EU Charter of Fundamental Rights and the Lisbon Treaty, on the other hand, outline the EU's values and objectives.

Each member state is a signatory to the union's founding treaties and is subject to binding laws enacted by the union's judicial and legislative authorities. All member states need to agree in unanimity for the EU to enact foreign affairs and defence policy.

The European Union was formed at the end of the second world war. Several western European nations strived for more comprehensive economic, social, and political connections to achieve economic progress and military protection. However, the aim also was to assist France and Germany reach a long-term accord.

What does the EU represent?

The EU is made up of a slew of distinct bodies negotiating intergovernmental deals in various fields, including law and economics. According to the 2009 Treaty of Lisbon, the EU's structure undergoes a significant number of changes. 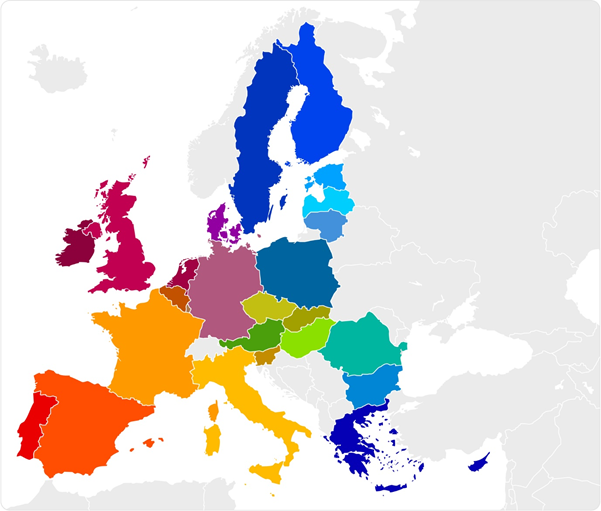 The EU has put in place a set of common institutions—

The EU has formed the single market through a defined set of laws that apply to its member nations. These types of policies are designed to guarantee that capital, individuals, services and commodities can freely flow between member nations.

The EU is a group of nations that function as a single economic entity in the global economy and a unified political and economic bloc. 19 EU nations use the euro as their official currency.

Furthermore, the EU arose from a desire to build a single European political body to put an end to a century of struggle between nations in Europe, which culminated in the second world war, which devastated most of the continent.

Furthermore, the EU was formed by the Maastricht Treaty, which went into effect on November 1, 1993. By developing a single currency, common citizenship rights, a united foreign and security policy, as well as expanding cooperation in the fields of judicial affairs, asylum and immigration, the pact aimed to strengthen European economic and political integration.

In 2012, the EU was honoured the Nobel Peace Prize by appreciating its efforts to foster democracy, reconciliation, human rights, and peace in Europe.

Who are the European Union's members?

The members of the EU are listed below.

Furthermore, the United Kingdom, a founder member of the EU, left the union in 2020.

What are the European Union's goals?

The European Union's goals are listed below. 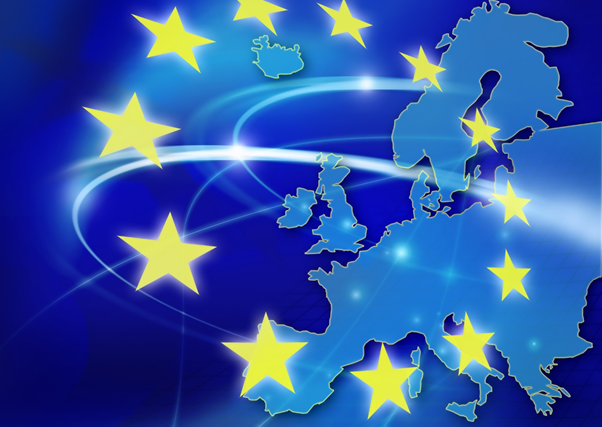 What are the European Union's core values?

In a community characterised by inclusiveness, tolerance, justice, solidarity, and non-discrimination, EU values are embraced by all EU nations. Moreover, these values have always existed in European culture:

The EU Charter of Fundamental Rights safeguards human rights. These include the rights to be free of discrimination based on sexual orientation, gender, culture or religion, race or ethnic origin, age or handicap, and the right to access to justice and protection of personal data.

Human dignity is precious, and it must be guarded, upheld and cherished because it is the proper foundation of fundamental rights.

Citizens have the right to freely migrate and dwell within the Union under freedom of movement. Furthermore, the EU Charter of Fundamental Rights protects personal liberties like freedom of thought, respect for privacy, assembly, freedom of religion, data, and expression. 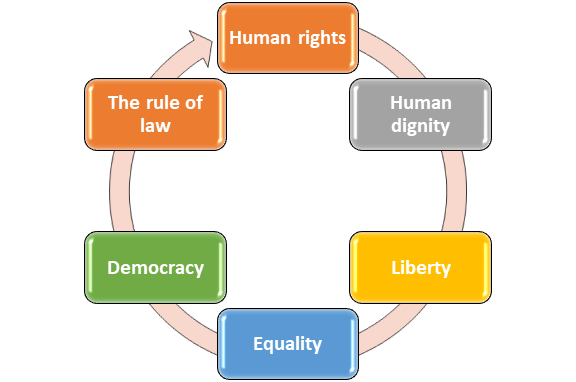 Equality implies that all citizens enjoying equal rights under the law. Gender equality is a fundamental value that drives all European policies and serves as the foundation for European integration. It applies to all regions, and while inequalities persist, the EU has achieved meaningful progress.

The EU's operation is based on representative democracy. Being a European citizen also entails exercising political rights. Each adult EU citizen has the right to compete for and vote in the European Parliament elections. They might run for office and vote in either their home nation or their birth nation.

The rule of law

The European Union is built on the rule of law. Whatever the EU does is built on treaties that its member countries democratically and spontaneously agreed to. An independent judicial system upholds the rule of law and justice. The EU nations have delegated final authority to the European Court of Justice, whose verdicts must be obeyed by everyone.