The IEA, in a report released on Wednesday, June 22, projected that global energy investment is set to surge by eight per cent this year to US$ 2.4 trillion. More importantly, the report stressed that this estimated growth is expected to be primarily driven by clean energy.

Let us talk about these three TSX clean stocks that could benefit from the clean energy revolution.

Algonquin’s subsidiary, Liberty, expanded its renewable partnership with social media giant Meta (NASDAQ: FB, FB: US) to include 112-Megawatt (MW) wind project in Michigan, Deerfield II, in May. This wind facility is projected to begin its commercial operations in 2023.

Algonquin significantly improved its cash flow from operating activities by 168 per cent year-over-year (YoY) to US$ 166.2 million in the first three months of FY2022.

AQN stock slipped by almost seven per cent year-to-date (YTD). AQN seems to be on a bearish trend with a Relative Strength Index (RSI) at 30.51 on June 21, according to Refinitiv data.

Innergex acquired three operational wind facilities in Chile for a purchase price of C$ 861.2 million on June 9. With this wind portfolio having an installed capacity of 332 MW, Innergex became one of the biggest renewable energy power companies in Chile, said the company.

Stocks of Innergex zoomed by about nine per cent from a 52-week low of C$ 15.89 (May 10). Refinitiv information shows that INE’s RSI was 47.03 with the Moving Average Convergence/ Divergence (MACD) indicator coinciding base line on June 21, reflecting an improved trend since May. 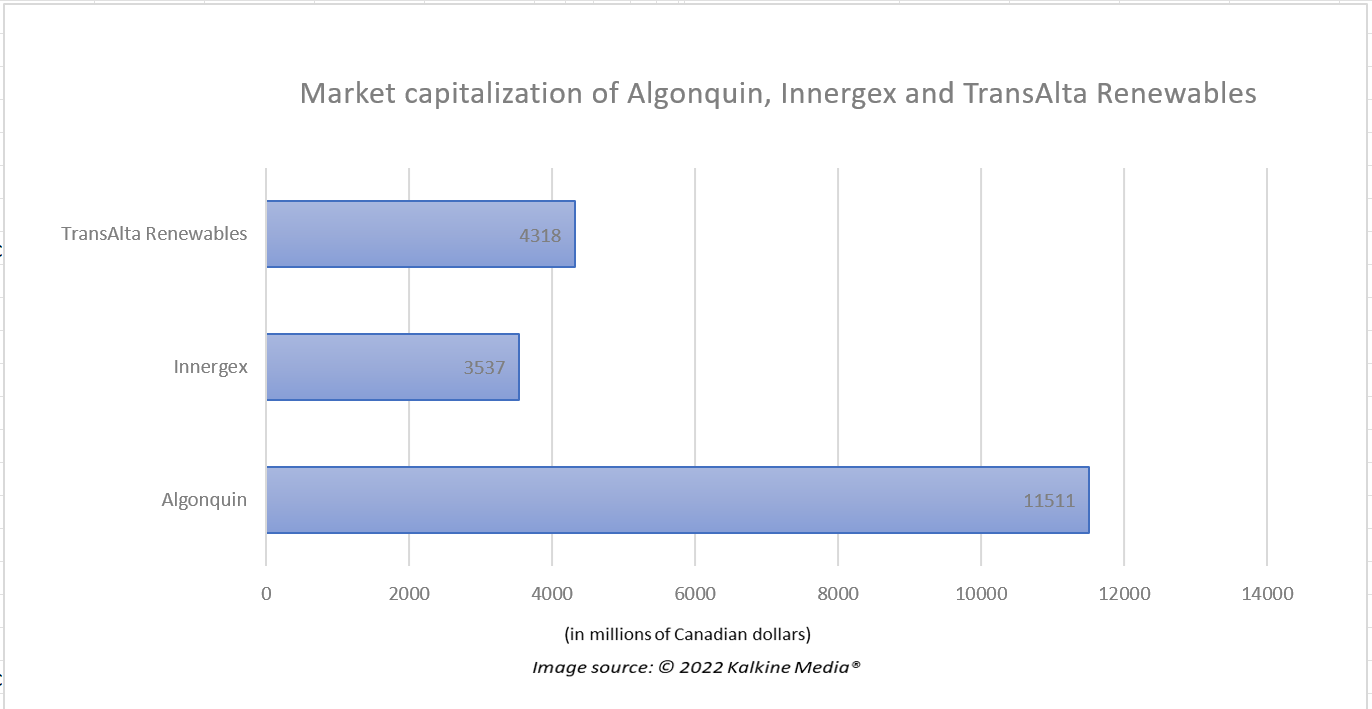 TransAlta Renewables said that its renewable power production rose by 201 Gigawatt per hour (GWh) in Q1 2022 compared to the same quarter that ended on March 31, 2021. This enhanced power production capacity was primarily due to the newly commissioned Windrose site and recently acquired economic stakes in Skookumchuck (wind) and the North Carolina Solar farm.

Fatih Birol, IEA Executive Director, said that a much ‘ faster’ increase in clean energy spending is needed to ease the pressure of ‘high’ fossil fuel prices, secure energy systems and attain climate goals. This could mean that even these TSX clean stocks can offer substantial growth potential in future with increased spending on renewable energy.