Christmas and New Year celebrations just got a shade bleaker with the news of a new mutant stain of coronavirus rearing its ugly head in some parts of the world.

The new variant of the virus has been spreading rapidly across the United Kingdom, with the country’s Health Secretary Matt Hancock describing it as “worrying”. While Britons are now under the strictest lockdown restrictions, including limiting their Christmas celebrations to bare minimum, many European countries are also banning flights from the UK as an added measure.

Adding to the bad news, South Africa also has detected a variant of the coronavirus strain which, though similar to the one in the UK in terms of mutations, appears to be coming from a different strain.

The Canadian government has suspended all passenger flights from the UK for the next 72 hours. The ban, however, does not extend to cargo planes. Top officials of the country, including Prime Minister Justin Trudeau, met on Sunday, December 20, to discuss the new mutant strain and the possible course of actions that can be taken to staunch its outbreak. 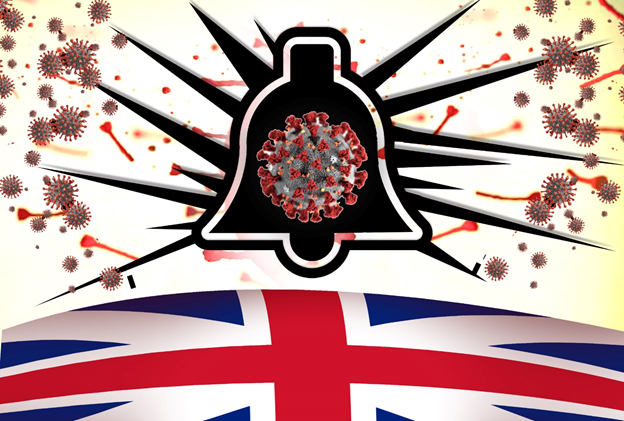 WHAT DO WE KNOW ABOUT THIS NEW MUTANT STRAIN OF THE CORONAVIRUS?

There is much unknown about this mutant COVID-19 strain as of now, but what we do know forces us to be more cautious.

Speaking about the new mutant strain and its spread across the country, UK Prime Minister Boris Johnson reportedly said it could be 70 per cent more contagious than the known variants.

Scientists who have studying SARS-CoV-2 said that the virus recorded mutations at a rate of around one to two changes in a month. The new variant of SARS-CoV-2, named ‘B.1.1.7’, has reportedly formed 17 mutations at the same time.

Of the 17, two mutations are said to be worrying. While the N501Y mutation reportedly strengthens the protein that binds them to the ACE2 receptor, the 69-70del mutation has been seen in viruses that triggered problem in immunocompromised patients in some cases.

That is definitely the first question that pops in someone’s head when they hear about the new virus strain.

For now, there is no evidence as of now which suggest that the new coronavirus strain is any more lethal than the other variants, but as said earlier, there is much to be discovered about it.

The rapid transmission of this mutant virus is of alarming concern not only for public safety and the global health care infrastructure, but also for the economic stability of the world.

HOW QUICKLY IS THE MUTANT CORONAVIRUS SPREADING & WILL VACCINES WORK ON IT?

As far reports go, the first case of the new mutant coronavirus strain was reported in South East England’s Kent county in September 2020. In a couple of months, November, about one-fourth of the COVID-19 cases detected in London were reportedly the new mutant ones. By December, this number climbed to almost two-third of all coronavirus cases reported.

As of now, there is no evidence that suggest that the COVID-19 vaccines available now won't work on the new mutant strain.

Italy has reportedly detected the new mutant coronavirus strain a person returning from the UK.

HOW WILL THE NEW MUTANT CORONAVIRUS STRAIN IMPACT FINANCIAL MARKETS?

When the novel coronavirus hit a pandemic level back in March 2020, markets all around the world collapsed rapidly. And over the last nine months, markets in most countries have recuperated some of the losses. However, the rise of a new mutant strain of this infection has got people worrying not just about their immediate safety but also about its impact on the overall economy and financial landscape.

Since there is no evidence at the moment that the mutations affect the antibody response or the vaccine efficacy, scientists hope that it can be fought the same way the known COVID-19 variant is being battled. But while the battle may be a known one, some believe that the speed at which the new mutant strain is spreading could possibly lead to a financial collapse once again if not acted upon immediately.