Penny stocks are those stocks which trade at a price less than A$1 and have low market capitalization. In this article we would see the recent updates on three penny stocks.

About the Company: GBST Holdings Limited (ASX: GBT) is a financial technology company which provides transactions technology solutions for the financial services industry in the APAC region. GBT caters to the retail wealth management organizations and global and regional investment banks via its administration as well as transaction processing software.

Recent Update/s: On 1 July 2019, the company received a non-binding indicative proposal from SS&C Technologies, Inc to acquire all of the shares in GBST at a price of A$3.25 cash per share by means of a scheme of arrangement.

SS&C Technologies is a Nasdaq listed company addressing the needs of healthcare industries and financial services sector, based out of Windsor, Connecticut. There are around 18k financial services as well as health care companies who manage and account for their investments using the products and services of SS&C.

The proposal represents 64.6% premium to the undisturbed closing price of shares of GBT on 11 April 2019, which was A$1.975. However, the proposal is subjected to due diligence undertaken by SS&C along with a CFO session and management presentation. The proposal depends on several matters such as satisfactory completion of positive due diligence followed by the signing of the mutually acceptable transaction papers, including the scheme implementation contract.

The proposal is anticipated to be conditional on obtaining all necessary regulatory approvals apart from other usual scheme conditions such as court and shareholder approval and not subject to any sort of financing condition.

The board also consulted the professional advisers and concluded that it is in the best interest of the shareholders to give permission to SS&C to commence due diligence and also participate with SS&C for determining whether the transaction capable of Board recommendation can be developed as well as presented to shareholders or not.

Once the process of due diligence gets completed, both the parties would be entering into the binding scheme implementation agreement as per the terms and condition that is consistent with the Proposal.

The second proposal came from SS&C which had previously made an offer to acquire 100% of GBT at A$3.25 cash per share by means of a scheme of arrangement. SS&C revised the offer to A$3.60 an increase of ~11% as compared to its previous offer.

Details of the revised Proposal updates: The new proposal of A$3.60 per share values GBST at ~ A$244 million, implying an 82.3% premium to the undisturbed closing price of shares of GBT on 11 April 2019.

Further, SS&C has indicated that it is comfortable with GBST paying a fully franked special dividend of up to A$0.35 per share ahead of completion where the indicative offer price per GBST share would get reduced by the value of that dividend.

It is to be noted that previously GBST had received a proposal from Bravura Solutions Limited (ASX: BVS) to acquire 100% of its shares, however that proposal fell through and the details of the same could be read here.

About the company: IntelliHR Holdings Limited (ASX: IHR) is an ASX listed HR technology business which develops and markets a next-generation cloud-based people management as well as a data analytics platform. Its all-in-one HR and People Management automation tool is delivered via a SaaS business model. It automates a wide range of manual task, eliminates low-value tasks along with the administration time for HR teams, leaders as well as the staffs.

Recent Update/s: On 3 July 2019, the company announced that it had recorded its strongest 12-month period of subscriber and ARR growth since listing on the ASX. The ARR growth was driven by the investment of the company into the growth of the sales pipeline along with the continuous optimization of the sales process in order to win new business faster in the mid-market. Apart from this, the company also enhanced its product and market focus on people management so as to utilize the competitiveness of its Performance HR capabilities. 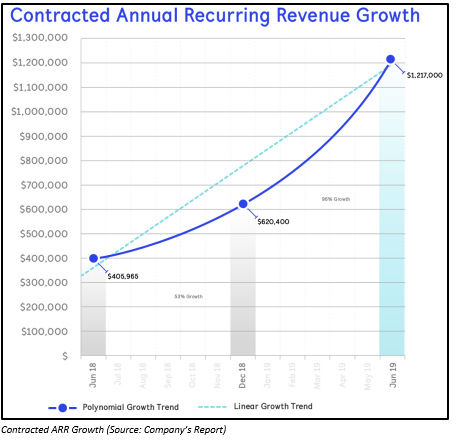 The company highlighted that the potential total ARR from sales pipeline is estimated to be in excess of $15 million. Interestingly, the company’s sales performance is now churning circa $6.11 for every $1 invested in sales and marketing.

The company announced to the exchange that a general meeting would be held on 5 August 2019.

Stock Performance: In the previous five days, the shares of IHR have given a return of -2.60%. IHR was last traded on 4 July 2019 at A$0.075. IHR holds a market capitalization of A$9.98 million and approximately 133.04 million outstanding shares. 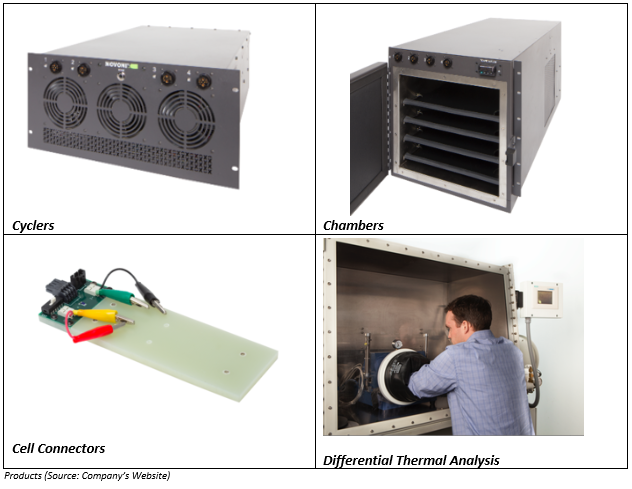 About the company: NOVONIX Limited (ASX: NVX) was carved out of Dr. Jeff Dahn’s lab at Dalhousie University. The company focuses on the development of equipment with an emphasis on the use of HPC for lifetime assessment of Li batteries. The company holds expertise in materials as well as cell testing, and at the same time, it also provides various battery testing equipment along with accessories.

Recent Update/s: On 3 July 2019, the company announced that is expanding the production capabilities of its lithium-ion battery anode material in Chattanooga, Tennessee, USA by signing a long-term lease on new premises.

Recently, NVX had hosted technical as well as BD conferences with global battery-makers and provided its anode materials specimens for assessment. In this process, it was confirmed that the market for the anode material product is growing strongly that PUREgraphite (a subsidiary company of NOVONIX Limited) has focused upon

Thus, PUREgraphite LLC has signed a lease on 3,700 m2 of area. Here, NOVONIX would be the guarantor of the lease commitments. The lease is for the period of five years with two options to renew each for five years.

Apart from that, PUREgraphite can also lease further space in the 11,150 m2 building for accommodating the future expansion necessities of the group.

At present, PUREgraphite is shifting its current facility, equipment and personnel from Duncan Street, Chattanooga facility to Corporate Place, Chattanooga.