A lab study has revealed that the Pfizer Inc (LON:0Q1N) and BioNTech SE’s (LON:0A3M) Covid-19 vaccine candidate had two-thirds less neutralising impact on antibodies against the South African strain of coronavirus.

It, however, could not be established whether the reduction would make the vaccine unproductive against the South African strain, as there is still no benchmark to decide how much antibodies are necessary for protection against the virus strain. 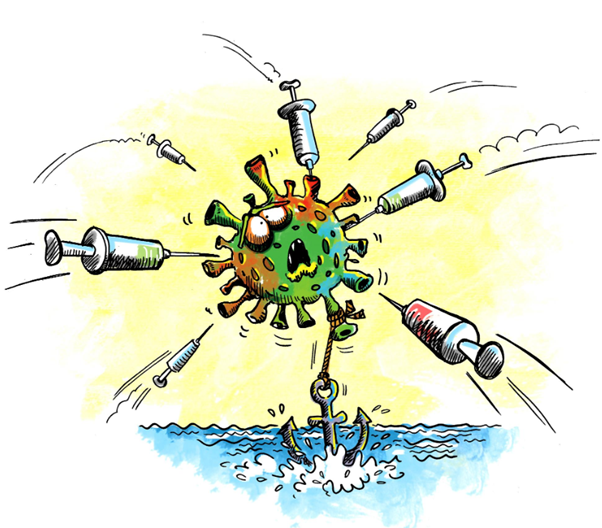 The study, conducted by Pfizer and BioNTech and researchers from the University of Texas Medical Branch at Galveston, was published in the New England Journal of Medicine. The researchers have said blood samples collected from vaccinated patients displayed notable levels of neutralising impact on antibodies against the South Africa strain.

The study also said there was not enough conclusive evidence to show from trials conducted on people that the variant is potent enough to reduce vaccine protection.

Scientists from the companies and the University of Texas Medical Branch (UTMB) created a virus containing the same mutations found on the spike portion of the much more contagious strain of coronavirus. The spike portion is used by the virus to enter human cells and hence targeted by vaccines.

Also read: Better than injection? All about nasal COVID-19 vaccines in the pipeline

UTMB professor and the study’s co-author Pei-Yong Shi said that more research was required to understand whether the vaccine is effective enough against the South African variant. Shi said that more clinical trials were required to conclude what could be the optimum levels of antibodies necessary for protection.

Another study conducted by researchers from the National Institute of Allergy and Infectious Diseases and Moderna Inc (LON:0A45) examined how effective the company’s vaccine was against the South African strain in a lab. This study also found a crucial fall in coronavirus-fighting antibodies. Neutralising antibodies decreased six times, as against the levels produced against previous strains of the virus.

Despite new impediments, vaccine companies have been relentlessly working for a smooth rollout drive globally. In a separate development, Pfizer and BioNTech announced that they would be supplying the European Union with 200 million more doses of their Covid-19 vaccine.

The agreement for fresh supplies is over and above the 300 million vaccine doses that have already been finalised. The fresh supplies would be delivered this year, of which about 75 million does are expected in the second quarter.