The cryptocurrency market on Wednesday once again witnessed a flash crash as the prices of Bitcoin price crash saw billions being wiped out of the market. The crash happened almost unexpectedly, in which Bitcoin dropped US $1,000 within minutes falling from down US $60,000.

Not just Bitcoin, Ethereum, the second largest crypto in terms of market capitalisation, was down by more than 4%. The latest price drop comes less than a week after Bitcoin had achieved its all-time high of US $67,000. Even at the start of this week, Bitcoin was well above US $62,000, dropped down to US $58000.

One of the reasons for this flash crash in the crypto market is partly driven by long-term holders are selling at a high to book their profit. The recent slump has created a sense of panic in the market, with many hoping to maximise the investments rather than lose more money.

So, in such a volatile environment, what should one do?

Panic selling is often the by-product of a crash. Often described as the fear index, the investors are wary of not losing other grounds. Many market experts had anticipated this week would be a key one for the crypto market, especially seeing its growth last week.

But such a flash crash was something that even they wouldn't have anticipated. But common sense would say it would be wise to stay away from the panic selling tendency and let it pass out. Traditionally, if one were to look at it, after reaching a high, there is always a case of the market correcting the prices and then settling. 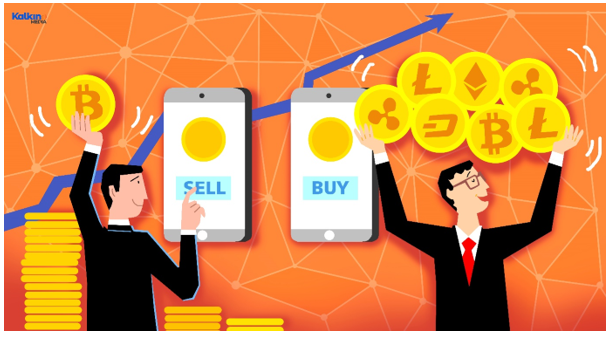 Time to be patient?

Well, that would be the logical thing to do at the moment as an investor, one shouldn't panic and let it play for the long-term as previously to such a period has often been followed by high periods of gains.

Also read: Bitcoin’s mystery whale keeps everyone guessing: What we know so far

In the past, November is often described as one of the rallying months for Bitcoin and other altcoins. But with the rally starting well before the expected months, this dip should only be considered a brief blip.

During the earlier bullish runs, which we witnessed in early January, February, and the third week of April, it highlighted the importance of holding on to assets, which tends to give better returns in the longer run. Therefore, it isn't the time for panic selling any assets that are brought over the past week or month.

Like rallies, crypto flash crashes are also part and parcel of the volatile crypto market. During this phase, it's essential to be patient and ready for long-term investments, especially those who have a history of seeing more good days than bad days. The crypto crash does come as a bummer, but one shouldn't get intimidated by it.