A lithium-ion battery (LIB) is an umbrella term used for the group of rechargeable battery types in which the lithium ions migrate from the negative to the positive electrode during discharge and back while charging. Lithium-ion batteries have a high energy density with long-term charge retention and minimal loss, making it appropriate for varying applications including cell phones, laptops, modern robots, production equipment and cars.

A typical LIB contains five main elements: electrolyte, separator, anode, cathode and two current collectors. The electrolyte with high ionic conductivity carries the positively charged lithium ions from the anode to the cathode and vice versa through the separator. 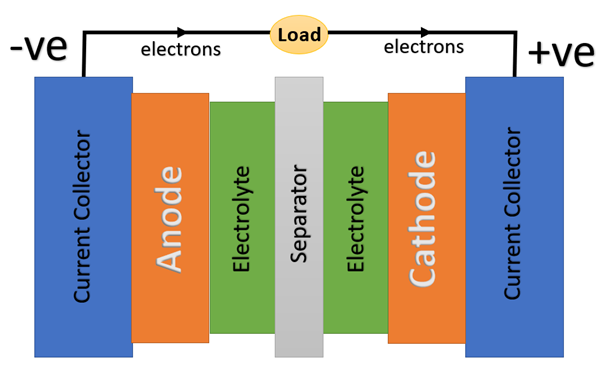 The work on lithium battery was started in 1912, after 95 years of lithium discovery (1817), under American physical chemist G.N. Lewis. Lithium is the lightest metal with the best electrochemical potential, giving the largest energy density for weight. Various attempts were made to develop rechargeable lithium batteries, but none could succeed due to safety problems arising from lithium metal instability. The problem in charging of lithium batteries pushed researchers to shift their interest towards lithium-ion driven non-metallic batteries. Although it provided slightly lower energy density but came with better safety as compared to lithium batteries. The production got commercialised in 1991 by Sony Corporation which was further followed by other companies too. 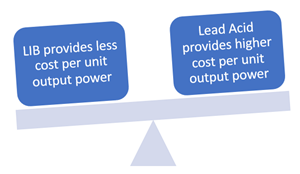 Lead-acid is a well-known economical option accessible in enormous amounts with little concern regarding the stockpile's security. Lead-acid is an excellent fit for stationary applications where space is plentiful, and energy necessities are low. 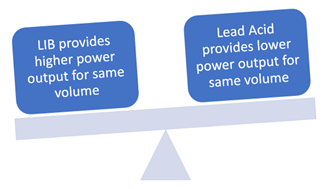 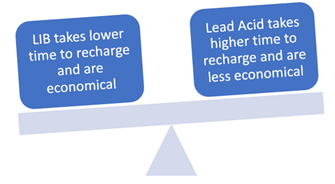