E-commerce giant Alibaba Group Holding has expanded its presence in the world of blockchain technology with the launch of its new non-fungible token (NFT) platform, Blockchain Digital Copyright and Asset-Trade, earlier this week.

Available on the Alibaba auction platform, the NFT market will reportedly see brand holders and artists sell the rights to their intellectual properties through blockchain.

While this marketplace is its biggest NFT involvement so far, Alibaba has been indirectly involved in this field through some of its subsidiaries that adopted non-fungible tokens, such as e-commerce firm Taobao, news portal South China Morning Post, etc.

What is a non-fungible token (NFT)?

NFTs have been bursting into popularity for a while now. But for the uninitiated, it may seem a little daunting to understand.

In simple terms, an NFT is a digital equivalent of real-world intellectual properties, such as art pieces, music, videos, etc., that can be sold by the owners and purchased by interested parties online using blockchain.

These exchanges are usually encoded with software that are similar to those used in cryptocurrencies. 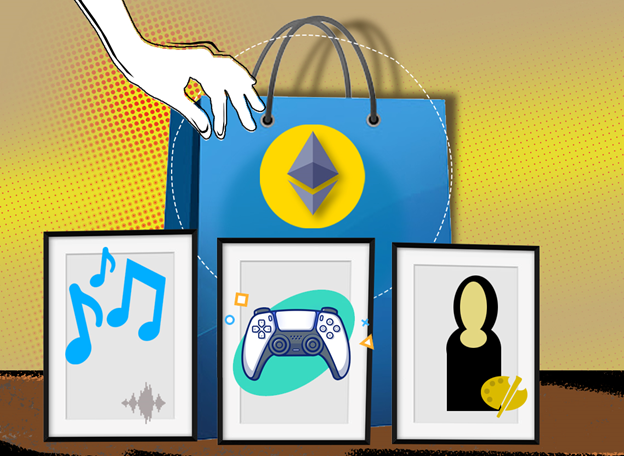 Is China allowing Alibaba to operate an NFT market?

China’s no-nonsense crackdown on the tech and crypto space has been no secret to the world.

Near the end of last year, the country’s regulatory bodies confirmed that it is closely scrutinizing “monopoly businesses” for “disorderly expansion of capital”. Around the same time, entrepreneur Jack Ma’s Alibaba Group and Ant Group saw themselves at the end of regulatory probes.

As for cryptocurrency, China has been cracking the whip on crypto-related firms in search of any illegal activities, which has led to increased restrictions in trading.

Amid all this, Alibaba’s NFT market has come into being with a greenlight from the Sichuan provincial government.

This could be because China, despite its clampdown on cryptos, has an interest in the evolving technology of blockchain.

Allowing Alibaba to enter the NFT market would not only ease the incorporation of blockchain technology into its main sectors, but also support its goal to become a leading blockchain power, which it is said to be aiming for by 2025.

How does Alibaba’s NFT market work? Is it interesting?

The Alibaba NFT platform is already live, with a wide range of products reportedly including an illustration work on space epic Star Wars, a West Pearl Tower painting, etc which could drawn enthusiasts.

Buyers who win the bidding war are expected to be able to see their winnings on cryptocurrency wallet Bit Universe’s account in Tencent Holdings’ WeChat.

Some reports also note that Alibaba has already been able to sell off some 8,000 NFTs with limited editions based on a couple of art pieces honoring the Dunhuang Caves paintings.

Although launched all the way back in 2014, NFTs have pick up pace more recently. The digital investment option is said to have raked in sales of about US$ 2.5 billion by the first half of this year, as against that of US$ 13.7 million in the same period in 2020, as per date data platform DappRadar.

While this could drive investors to explore this arena further, it should be kept in mind that NFTs, though considered absolute proof of ownership, does not ensure complete lack of unlawful replication.