eToro SPAC merger gets terminated: Here's what has happened

The Canadian stock market is setting fresh records, reflecting a bullish trend among investors despite the biggest inflation hit since February 2003.

As the holiday season begins with Halloween this Sunday, some market experts believe that it could see strong consumption considering post-pandemic demands and positive sentiments amid relaxed lockdown rules.

Halloween is known to be a good time to enjoy candies, scary movies, spooky decorations and costumes. However, many investors view it as a good time to load up stocks as the stock markets have historically delivered better returns around this time.

Let us explore some TSX-listed stocks likely to do well this Halloween. 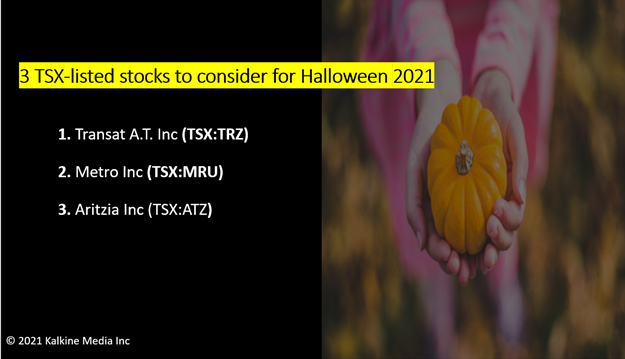 However, it grew by more than three per cent quarter-to-date (QTD) and jumped up by roughly two per cent in the last month.

The Montreal-based integrated tourism company reported net revenues of C$ 12.5 million and a net loss of C$ 115.6 million in the third quarter of 2021. 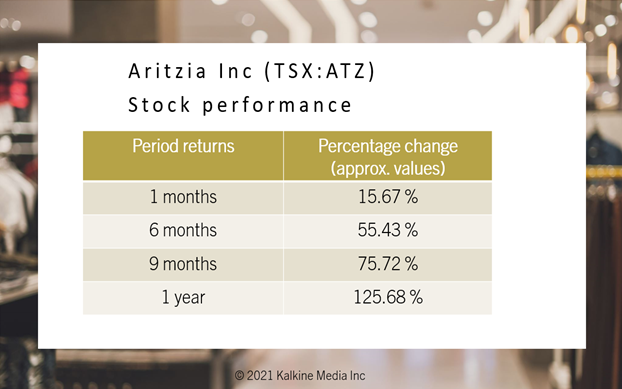 ATZ stock rocketed by roughly 126 per cent YoY and soared by more than 91 per cent YTD. It rose by almost 76 per cent in the last nine months.

In addition, it gained more than 34 per cent in the past three months and jumped up by nearly 16 per cent.

On October 26, the apparel and accessories designer posted earnings per share (EPS) of 0.95 and an ROE of 28.97 per cent.

As many countries have removed travel restrictions and lockdown rules, businesses are tackling the supply chain bottlenecks worldwide. Plus, the demand surrounding the upcoming holidays season might flood the companies with logistics and supply chains issues.

Many analysts said that businesses tend to alternative suppliers to overcome these disruptions and suffice the increased consumer demand. At such times, the above-mentioned Canadian companies could perform well and may deliver mind blowing returns to seasonal investors as well.

However, investors should consider fundamentally strong and financially sound companies with a proven track record of good stock performance as these companies are likely to withstand the economic shocks and market setbacks.