Canada’s cannabis market is among the top performing ones in the country, having recorded sales worth around C$ 2.6 billion in 2020.

The pandemic, which wrecked operations for most businesses, saw cannabis sales fly in the country last year as more Canadians turned to legal pot access amid lockdowns. As the pandemic continues, it is likely that pot sales will note an upward trajectory this year as well.

The potential federal legalization for recreational pot in the US will also likely boost the market’s demand.

Keeping this in view, let’s look at some key cannabis stocks that investors could explore in 2021.

Medicinal and recreational cannabis products producer Organigram Holdings operates in the Canadian as well as international markets through its partnerships.

In June, the C$ 981-million market cap firm filed a preliminary shelf prospectus with the Canadian Exchange Commission to raise C$ 500 via the sale of securities over a 25-month period.

It has also filed a similar prospectus with the US Securities and Exchange Commission to enable a similar fundraising.

Consumer packaged cannabis goods company HEXO Corp. offers medicinal use and recreational use cannabis and markets it under several banners. Its market capitalization stood at approximately C$ 987 million, as per its closing price of C$ 6.58 on July 6.

HEXO recently kickstarted its US-based operations by acquiring a production facility in Colorado, which will produce a range of cannabis products.

This Canada-based manufacturer recorded an average trading volume of over 1.6 million in the past 30 days.

Edmonton-based Aurora Cannabis operates in Canada and about 20 other countries as a recreational and medicinal cannabis seller.

Canopy Growth is one of the largest cannabis marketers based in Canada. While it earns most of its revenues from its home-country, Canopy Growth has distribution and production licenses in some other countries as well. It is also said to be eyeing an expansion in the US.

The company, in late June, completed its acquisition of Supreme Cannabis Company Inc., taking its total market share in the Canadian recreational market to about 18 per cent.

Tilray is now one of the largest cannabis companies in Canada after its merger with Aphria in May this year. The stock now has a market cap of over C$ 9.3 billion.

It earns its revenues through Canadian cannabis sales and international medicinal exports, including some exposure to the US.

The stock, which closed at C$ 16.72 on July 6, returned over 102 per cent in the year to date (YTD) period, beating the S&P/TSX Pharmaceuticals (sub industry) index’s growth of 85 per cent.

Drug manufacturer Curaleaf Holdings is a Canadian Securities Exchange-listed stock headquartered in the US.

It completed the acquisition of EMMAC Life Sciences, one of the largest vertically integrated cannabis players in Europe, in March this year, allowing its foray into the global cannabis industry. 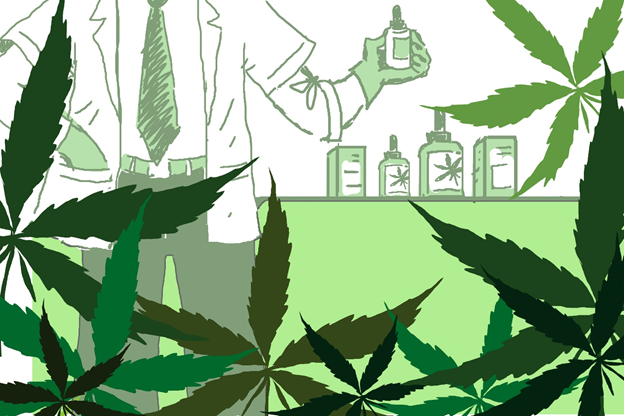 Junior cannabis maker High Tide is a downstream cannabis corporation involved in the manufacturing and wholesale distribution of accessories and cannabis lifestyle products. The vertically integrated company has a portfolio comprising several brands, which together command a shareholder stake of over C$ 449 million.

Trulieve Cannabis is a Canadian Securities Exchange-listed company with a market cap of over C$ 5.5 billion.

The pot stock held earnings per share (EPS) of C$ 0.82, while its return on equity (ROE) was nearly 17 per cent and its return on assets was about 8.6 per cent on July 6.

The company is engaged in the cultivation and distribution of medicinal cannabis. It recently announced the launch of its operations in West Virginia, US, with a 100,000 square foot facility.

Village Farms International is involved in the operations of agricultural greenhouse facilities. Its cannabis division functions as a separate business vertical along with produce and energy.

It markets its cannabis products in Canada as well as in certain international regions.