Cancer treatment developer Invion Limited (ASX: IVX) could be at an important crossroad as the market opportunity for the company may have more than doubled last week, although the news was met with a muted response from the market.

This latest development could be an interesting opportunity for investors after the Invion share price just about surrendered all of its gains following the ASX announcement last Tuesday (28 May) on the results of the latest independent study from Australia’s preeminent research institution, the Hudson Institute of Medical Research.

Interestingly, the news initially sent the Invion share price surging 64% to 2.3 cents on Tuesday morning, but the stock subsequently ran out of puff and drifted back down to 1.6 cents on Tuesday (market cap of $88 million). This price movement may be a sign that the significance of the findings on CTCs is yet to be properly understood.

What are CTCs and why is the news so significant?

CTCs are cells that are shed from the primary tumour and are circulated around the body via the bloodstream. CTCs can cause cancers to spread to other organs as scientists regard them as the “seeds” for growth in additional (or secondary) tumours (metastases).

This is highly significant because metastatic disease is responsible for over 90% of cancer deaths. This means patients who get prostate, ovarian or breast cancer seldom die from their original cancers. More often than not, it’s the secondary tumours that kill them.

The real issue here is that there are no existing treatments to specifically treat CTCs. The only U.S. Food and Drug Administration (FDA) approved method for the detection of CTC is Cellsearch, which is based on the separation of EpCAM (epithelial cell adhesion molecule) positive cells.

If IVX-P02 turns out to be an effective way to combat CTCs, it could be a game changer.

Dr Andrew Stephens, Group Head of the Ovarian Cancer Biomarkers Research Group at the Hudson Institute, said a highlight of the in vivo testing was the demonstrated uptake of IVX-P02 in CTCs and this suggested that IVX-P02 may have an application in the treatment of metastatic cancer. 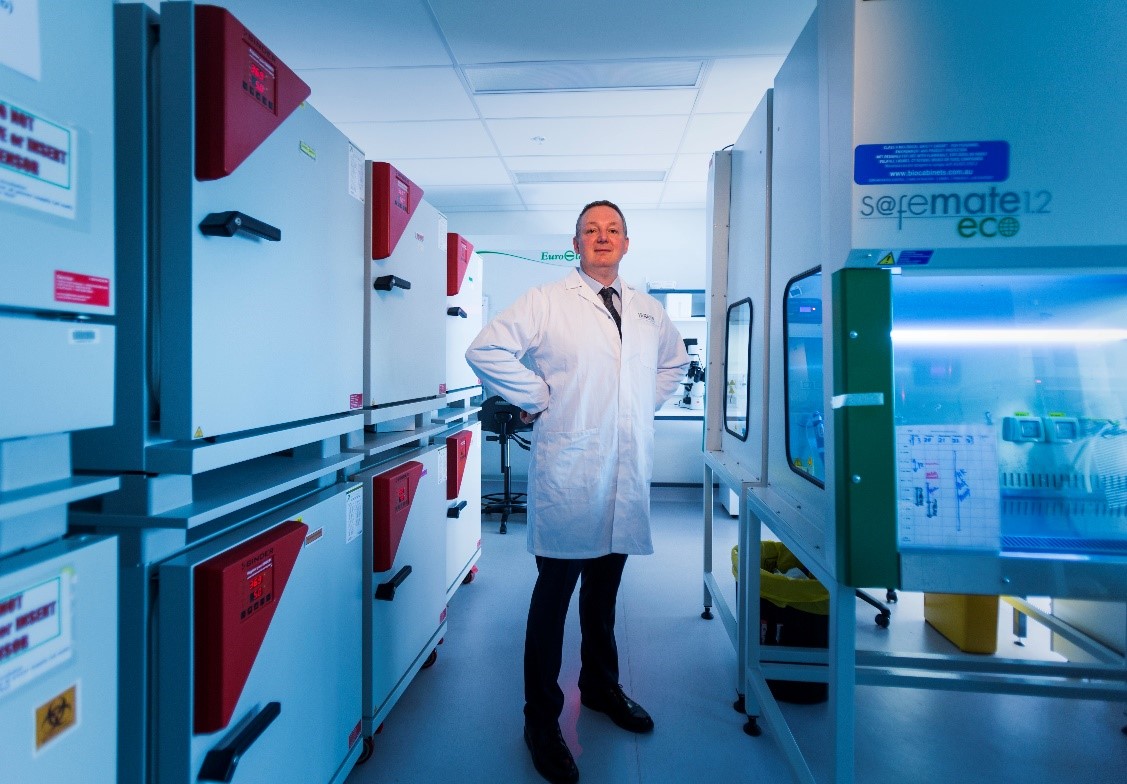 “This new development is in its early stages, but it could lead to the development of a less harsh treatment for patients with metastatic cancer,” said Dr Andrew Stephens, Group Head of the Ovarian Cancer Biomarkers Research Group at the Hudson Institute. Source: Invion, Craig Sillitoe.

Sizing the market opportunity for Invion

The animal model testing at Hudson opens the way for IVX-P02 to treat a much wider range of cancers than originally thought.

The addressable market size for Invion could expand very significantly just in Australia alone given that more than 90% of cancer patients succumb to CTCs.

What’s more, the uptake of IVX-P02 into CTCs also means that Invion’s therapy could potentially be used to treat haematological cancers (blood cancers). The most common types of blood cancers include myeloma, leukaemia, and lymphoma.

Before last week’s news, the market was only valuing Invion for the potential to treat skin cancer, and maybe some solid cancers like ovarian.

Invion will start Phase III trials on skin cancer by the end of this calendar year and could commercialise its treatment by 2020/21 for the Australian market valued at over $700 million.

The possible application of IVX-P02 for blood cancers and CTCs greatly expands the potential valuation upside for the stock as a commissioned research report released in March this year had put a 6 cents a share price target on Invion but it does not account for the potential new applications for the technology. (Source: Information from Company Announcements)

This price target may look conservative as Invion’s PhotoDynamic Therapy (PDT) moves closer towards expanding into the blood cancer and CTC treatment market.

A brief look at PDT and Invion

Invion Limited (ASX: IVX) is a cancer drug developer, headquartered in Australia, which is leading the global research and clinical development of a novel PhotoDynamic Therapy (PDT) for the treatment of a range of cancers.

A Hong Kong-based licensor, The Cho Group, appointed Invion as an exclusive distributor and licensee in Australia and New Zealand of the PhotosoftTM technology, which is an improvement over existing PDT therapies which have been around for decades but have so far failed to live up to expectations.

There are two elements to the PhotosoftTM technology: a non-toxic light sensitive compound (i.e. IVX-P02) and a light emitting diode (laser) that produces a specific wavelength of light, which activates IVX-P02 to kill cancer cells.

Further, IVX-P02 breaks down quickly with about 90 per cent cleared within half an hour and largely untraceable after 120 minutes.

By leveraging the use of the non-toxic photosensitiser and the specific wavelength of light, the PhotosoftTM produces cytotoxic reactive oxygen that shuts down tumours, destroys malignant cells and stimulates the immune system. 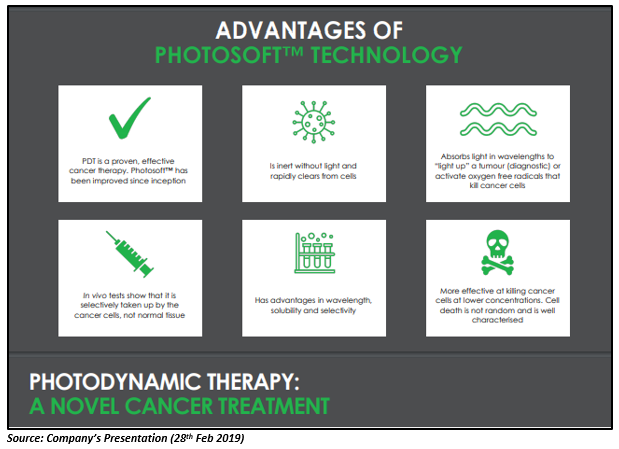 There are a number of reasons why Invion looks to be an interesting opportunity and these include: