Consumer staples are categorised as essential products such as food, beverages, hygiene products and eatables. Demand and supply play a significant role in the economy. Consumer staples industry has a direct relationship with the demand and supply factor. Products under this sector are of non â cyclic nature, signifying that they are always in demand irrespective of the performance of the economy. Due to their characteristics of âalways in demandâ, investors are more likely to invest in the stocks of companies operating in the consumer staples sector.

Bellamyâs Australia Limited (ASX: BAL) is a manufacturer of premium, certified organic formula and food for kids and toddlers. The company is engaged in offering 40 products, made in Australia. Its operations are spread across Australia, Hong Kong, China and South East Asia. The companyâs products are also available through online platforms. 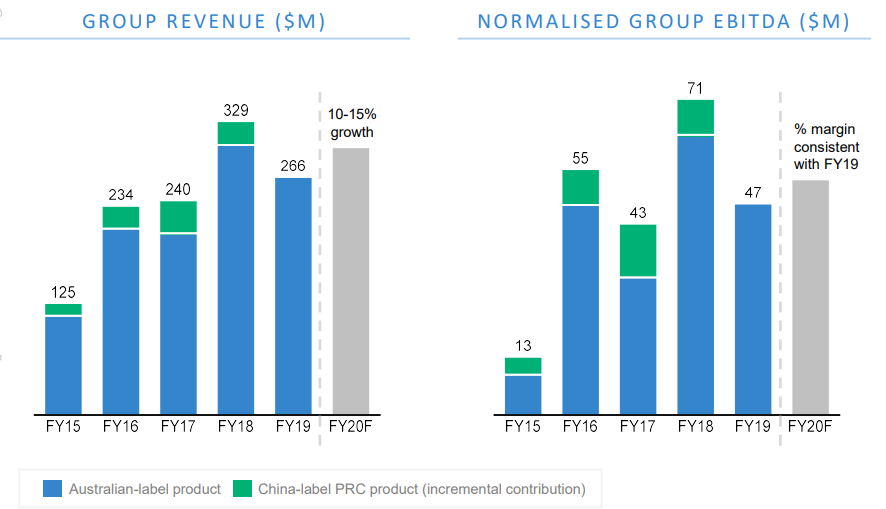 For FY2020, Group EBITDA margin is expected to be consistent with FY2019. The company is anticipating an increase of 10-15% year-on-year in the FY2020 group revenue, with accelerated growth expected in 2H FY2020, owing to the launch of new products. 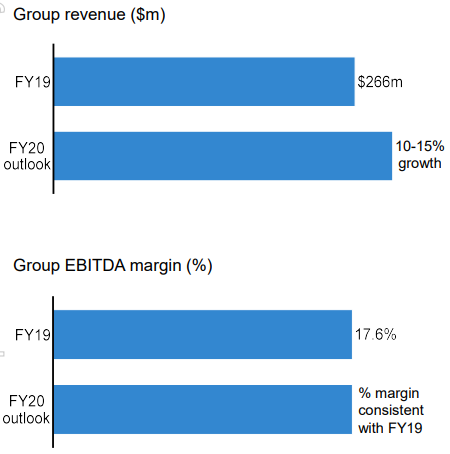 Based in New South Wales, Blackmores Limited (ASX: BKL) is a manufacturer and distributor of vitamins and dietary supplements, serving clients domestically and internationally. The company has been recognised as the most trusted brand of Australia for the eleventh year in a row. Its products are being used in over one in five households across the country.

On 5 September 2019, the company announced $69.27 as the price for the shares to be allocated under the Dividend Reinvestment Plan (DRP) for the 2019 final dividend, which is scheduled for payment on 12 September 2019. Additionally, the shares are due for allocation on the same day. 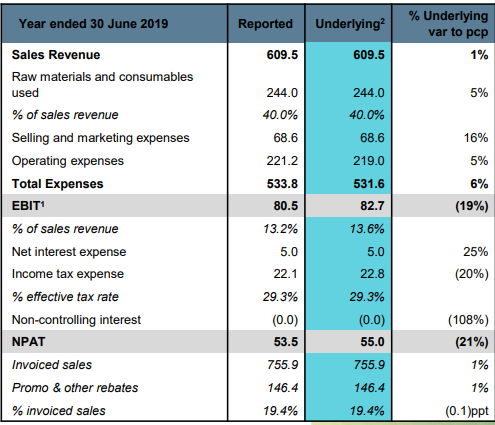 The company also announced a 70 cent per share (CPS), fully franked, final dividend, bringing the total dividend for the year to 220 cps. The dividend reinvestment plan was maintained with a 2.5% discount.

Costa Group Holdings Limited (ASX: CGC) is among the leading packers, growers and marketers of fresh fruits and vegetables in Australia. The company supplies its products to domestic and international markets (Australia, Asia, North America and Europe). CGC, which has around 3,500 hectares of farmed land in its homeland, employs 6,000 + employees during peak seasons periods. 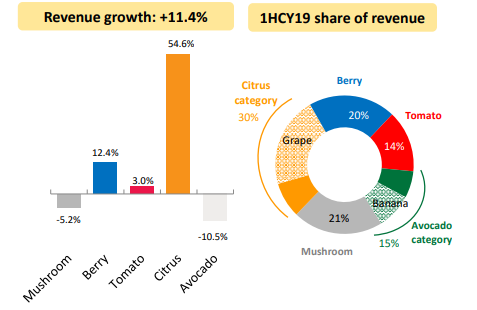 Inghams Group Limited (ASX: ING) is the largest integrated poultry producer in the Australian and New Zealand markets. The company serves quick-service restaurants as well as retail and food service industries. ING has seven processing plants, nine distribution centres, and 11 feedmills, breeder and broiler farms, 11 hatcheries, among other facilities. It was listed on the Australian Stock Exchange in November 2016.

On 4 September 2019, the company announced change in directorsâ interest (indirect) for Robert Gordon and Helen Nash, who acquired 15,772 and 15,367 ordinary shares at a consideration of $3.17 per share and $3.25 per share, respectively.

According to another company update on 3 September 2019, Bio Security New Zealand has become aware of a possible detection of a chicken virus âInfectious Bursal Disease Virus Type 1âin a layer egg farm in Otago in the South Island of New Zealand. There is no recommendation that the virus has infected any chicken meat farm in New Zealand. All of the companyâs farms are in the North Island, which is separate from the affected South Island layer egg farms. Additionally, the company has in place bio security measures at its farms to lower any risk from diseases.n 2 September 2019, the company announced a change in the substantial holding of Credit Suisse Holdings (Australia) Limited. The voting power of the substantial holder changed to 6.41% from 5.29% with personâs votes increasing to 23,838,249 from 1,670,214, respectively.

On 27 August 2019, the company announced financial year highlights for FY2019. 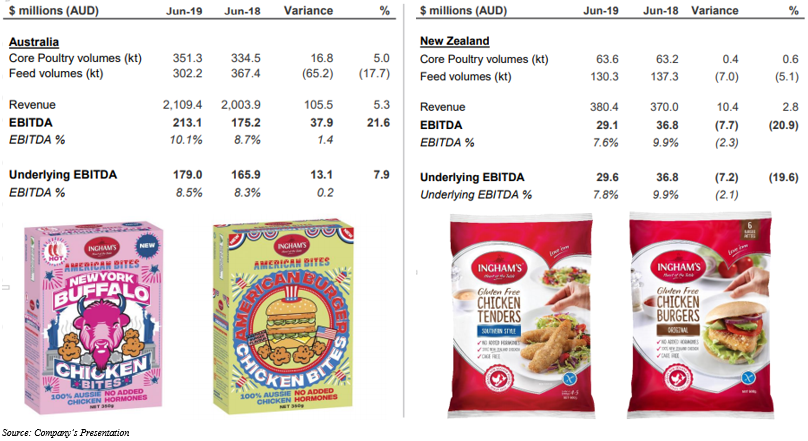 CLICK HERE FOR YOUR FREE REPORT!
Tags:
ASX: BKL ASX: CGC ASX: BAL ASX: ING
All pictures are copyright to their respective owner(s).Kalkinemedia.com does not claim ownership of any of the pictures displayed on this website unless stated otherwise. Some of the images used on this website are taken from the web and are believed to be in public domain. We have used reasonable efforts to accredit the source (public domain/CC0 status) to where it was found and indicated it below the image.