Natural gas prices witnessed spike in the recent months over the increased demand in the northern hemisphere due to the cold weather and the shift in global stance towards the clean energy sources. The demand for natural gas supported the Australian oil & gas exploration companies due to their significant contribution in the LNG industry.

The ASX oil & gas explorers are the backbones of the Australian LNG industry, which exported 75 million tonnes of LNG in 2018-19 in the global market. The higher export from the ASX oil & gas exploration companies and their expanded nameplate capacity is anticipated by the industry experts to fan Australia to surpass Qatar in the LNG exports.

To gain insight into the massive LNG industry in Australia, and to know more about the new projects, nameplate capacity, future forecasts, etc., Do Read: Australia To Jostle Qatar for the LNG Crown; How Long Would the Reign Last?

However, despite decent demand in the international market, the LNG supply glut is keeping a check on the gains of many global oil & gas explorers along with some of the Australian oil & gas exploration companies.

The top 10 constituents of the index, selected as per the current market capitalisation, are as below: 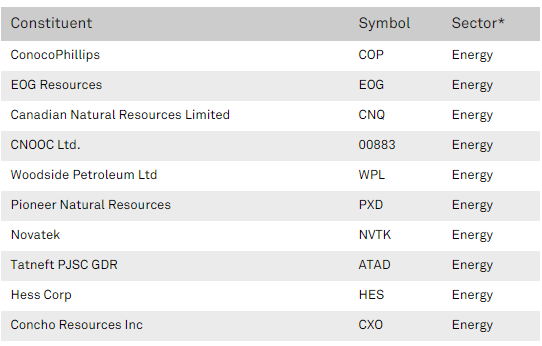 BPT is an ASX-listed oil & gas exploration, development and production company. The production segment of the company includes the Cooper basin, which includes oil and gas sales from Australian production. The company is engaged in sales of gas and hydrocarbon liquids via secured sales contracts from energy retailers and industrial users.

Post adjusting the return of the company with the total return delivered by the S&P Commodity Producers Oil & Gas Exploration & Production Index, BPT delivered a total return of 77.60 per cent on a YTD basis. 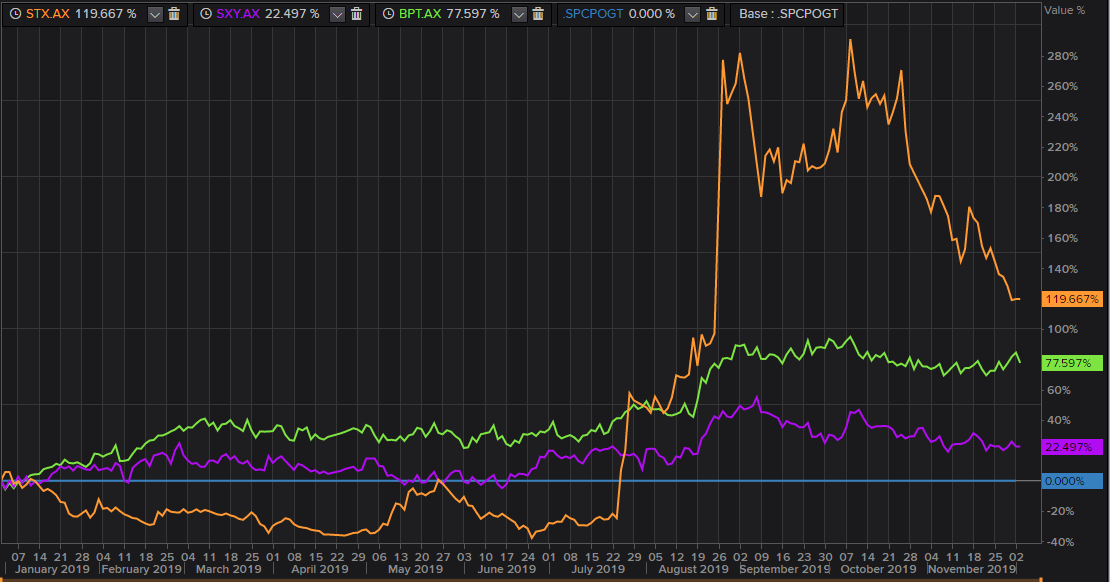 SXY is an ASX-listed oil & gas exploration company with segments including Surat/Bowen basin and Cooper through which the company produces over one million barrels of oil annually from over ten operated oil fields.

Post adjusting with the return of the benchmark index, i.e., the S&P Commodity Producers Oil & Gas Exploration & Production Index, the stock of the company delivered a total return of 22.50 per cent on a YTD basis.

There are many other oil & gas explorers such as Strike Energy Limited (ASX: STX) listed on the Australian Securities Exchange that have delivered massive return despite the natural gas and LNG supply glut in the global market. STX delivered a return of 126.67 per cent over the last six months and a return of 100.0 per cent on a YTD basis.

Post adjusting with the benchmark index return, the index delivered a total return of approx. 119.70 per cent on a YTD basis.

To know more about the energy consumption trends in Australia, Do Read: Australia’s Energy Consumption Gushes; While ACCC Nods in Consent for Liberty’s Acquisition by Viva

While the increase in energy consumption and lower domestic supply of natural gas is among the many reasons which are supporting the ASX oil & gas exploration companies, the recent stance to shift towards the renewable and cleaner source of energy is also playing a crucial role, with key players like Origin Energy Limited (ASX: ORG) trying to shift towards the natural gas for energy generation.

In the status quo, the government is also supporting the clean and renewable energy sources through various programs, which could further support the ASX oil & gas exploration companies.

To get well acquainted further with the energy scenario in Australia, and to gain further insight into the changing trend towards cleaner energy in which natural gas plays a pivotal role read- Australian Government Policies and Programs To Attain A Net-Zero Carbon Emission.

CLICK HERE FOR YOUR FREE REPORT!
Tags:
Oil & gas
All pictures are copyright to their respective owner(s).Kalkinemedia.com does not claim ownership of any of the pictures displayed on this website unless stated otherwise. Some of the images used on this website are taken from the web and are believed to be in public domain. We have used reasonable efforts to accredit the source (public domain/CC0 status) to where it was found and indicated it below the image.