The electric vehicle industry has seen strong momentum, with global warming threatening to render the plant unhabitable. Governments around the world are making major policy changes to usher in a new era of sustainable development with clean energy at the helm. Experts say clean energy will become the driving force of global economies in future.

The climate issue has been drawing attention as the world observes Earth Day on Friday, April 22, which seeks to remind us about the urgency to mitigate climate change and the dangers that lay await if people continue on the path of reckless living.

According to a study by Zero Emission Transportation Association (ZETA), driving a gasoline vehicle is about three to six times more costlier than driving an electric vehicle. So, there is also a significant economic benefit to adopting clean energy.

A survey conducted by Edmunds.com Inc., an online resource provider for the automotive industry, showed that around 25% of consumers considered a hybrid, plug-in, or electric vehicle. The survey revealed a 40% jump in the number of people exploring clean energy vehicles in the week ended March 13 from the prior week and an over 80% increase from March.

The following are some of the top EV stocks to explore this year. 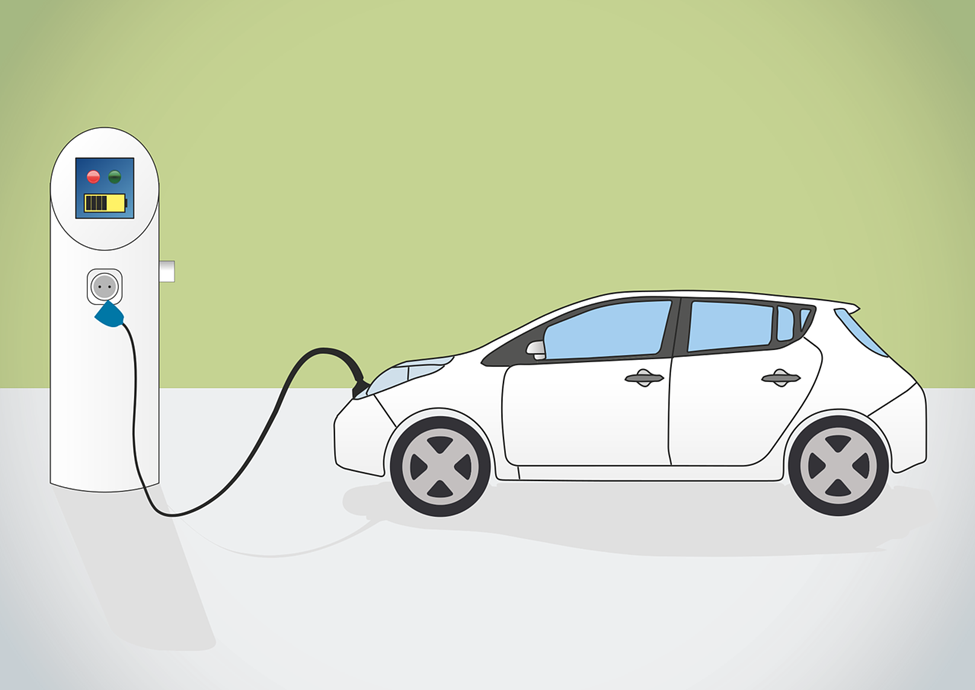 Ford is an automobile manufacturing company based in Dearborn, Michigan. It specializes in manufacturing electric commercial vehicles like trucks, utility vehicles, etc.

The company will release its first-quarter fiscal 2022 results on April 27, after the market close.

Toyota Motor is a Japanese automotive manufacturing company based in Toyota City, Aichi. Besides manufacturing vehicles and auto components, it also provides finances. The company also has an information communication business.

Lucid is an electric vehicle manufacturer. It manufactures electric cars, powertrains, and other related products and services. It is based in Newark, California.

The company will report its first quarter fiscal 2022 results on May 5, after the closing bell. 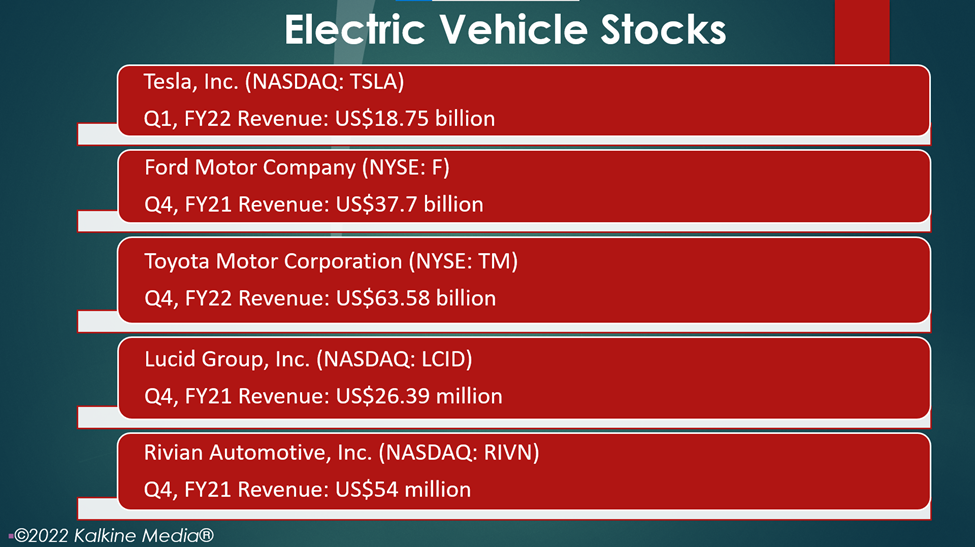 Rivian Automotive is an electric vehicle manufacturer based in Irvine, California. Its IPO was one of the biggest stock market debuts in the US in 2021. The company is backed by Amazon.com. Rivian is currently building utility vehicles and pickup trucks.

The company will release its first quarter fiscal 2022 earnings report on May 11, after the market close.

The EV industry has been grappling with high production costs this year. They also face a significant challenge in keeping the vehicle prices budget-friendly. But experts say that the industry has managed to tackle these issues to a large extent in recent years. Besides an ongoing semiconductor shortage, the Russia-Ukraine war has further disrupted an already fragile global supply chain, leading to significant production cuts in the industry. However, the EV sector is positive about a quick recovery by next year.