In 2009, Mere was founded as Svetofor in Siberia and has already opened four stores in Preston, Castleford, Mold and Caldicot and further has plans for expansion.

Each UK store will be about 10,000 square feet, compared to a Tesco superstore it is approximately one third in terms of area. The Mere stores will have only eight workers, as reported. The supermarket chain works on the model of ‘No service and No marketing’. Mere also buys stock from suppliers on a "sale or return basis", which means any unsold goods will be returned to the seller.

The shops will also have a walk-in chiller room and freezer and items will be sold directly from the pallets they are delivered on. According to Birmingham Live, the Russian Chain Mere is already having 3200 stores around the world.

As per Mere’s Head of Retail, Pavels Antonovas, the chain does not have competitors due to the cheap prices. However, Mere compared itself with Costco, but they offer no in-store service and have no membership fee. 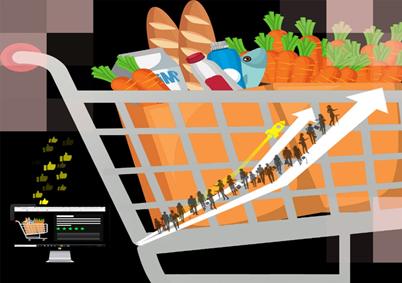 Let us see how the major supermarkets of UK, like Tesco, Morrison, Sainsbury were trading today:

Tesco is the biggest supermarket chain in the UK. It owns more than 6,800 shops across the globe and owns shops in the five countries across Europe.

An FTSE100 constituent Morrison is the fourth largest supermarkets chain in the UK. The company is headquartered in Bradford, England and has operations in North England, South England, Wales, Scotland, and Gibraltar.

Sainsbury is the second largest supermarkets chain in the UK and has more than 800 convenience stores and 600 supermarkets.