Wizz Air Holdings Plc (WIZZ) is a low-cost airline and top the charts in the CEE (Central and Eastern Europe) region for the year 2018. With 113 aircraft and 25 bases, it is one of the newest fleets with a mean age of around 4 years, which makes the journey much more pleasurable. The airbuses A320 and A321s guarantee more reliability and efficiency. The new A321neo aircraft comes with a seating capacity of 239, equipped with Pratt & Whitney GTF engines and has a wider single-aisle cabin. This aircraft offers great flexibility, fuel economy and lower operating cost. The CEE passengers recently awarded Wizz Air with the âBest Cabin Crewâ. The 26th base in Krakow, Poland is now operational with three new A321s being deployed in 2019. 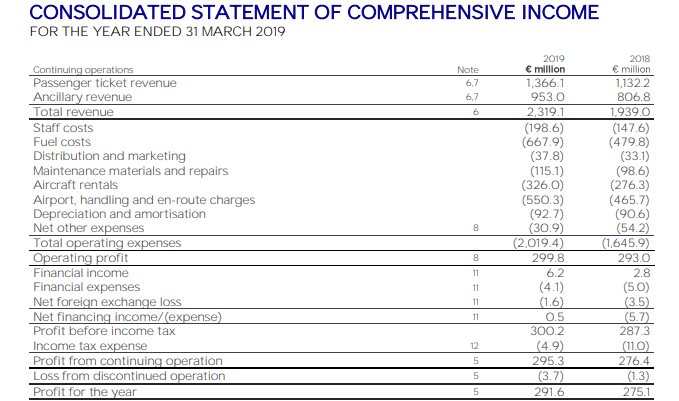 Daily Chart as at June-03-19, before the market close (Source: Thomson Reuters)