In the global race to protect people from the Covid-19, millions of doses of different vaccines have been administered across various nations. Though the vaccines were developed in a record time, there were some shortcomings as well. At the same time, there are many challenges being faced by the governments to quickly vaccinate as many people as possible. The latest being, Stephen Donnelly, the Irish health minister, who has warned that any restrictions in the long run on using the Johnson & Johnson vaccine across the nation will have serious implications on the success of the immunisation program.

Moreover, there are already concerns related to the usage of the AstraZeneca vaccine in the US and several other countries.

Also Read: 4 Aspects That Can Decide The Future Of Vaccines

Stephen Donnelly stated that J&J’s Janssen single-dose vaccine remains a crucial part of Ireland's vaccination strategy. Close to 600,000 doses of the Janssen vaccine were scheduled to arrive in Ireland by June end, which would take the total order to over 2 million jabs.

On April 13, the pharma major announced to delay the distribution of its vaccine to Europe. This incidence occurred after the US regulators recommended to pause administration of the jab so that they get time to investigate reports regarding a rare blood-clot side effect. Donnelly admitted that such restrictions on the J&J vaccine would delay the vaccine program in Ireland.

In fact, a similar incident took place a day before in Ireland. On 12 April, the Irish health authorities limited the use of the AstraZeneca shots to people aged above 60. This restriction was again prompted by concerns related to rare blood clots. In Ireland, clinics using AstraZeneca shots will not function for rest of the week. The only exception will be of some clinics that are vaccinating people aged 60 plus. 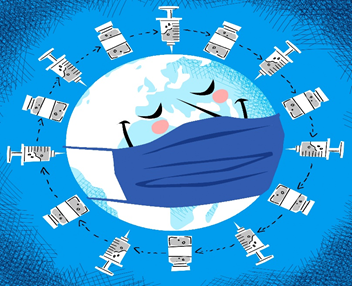 Oxford vaccine in the US

The US might not be using the AstraZeneca-Oxford jab as it has purchased many alternatives, said Dr. Anthony Fauci, pandemic adviser to the White House.  The decision came as weeks of bad news had shaken the worldwide trust in the shot, he added.

France and Germany for the time being have stopped the use of the AstraZeneca vaccine in younger people. This decision had come after rare cases of clots in the brain, and low platelet counts were observed after the shot was administered.

Talking to the BBC, Dr. Fauci said that the AstraZeneca jab’s safety issue needs to be sorted out in the European Union. Even though he insisted that the vaccine’s efficacy was really quite good, he added that the jab’s controversy in the EU is primarily related to its usage, when to use it and which age group to use it for.

In a related development, Albert Bourla, chairman and chief executive officer of Pfizer in a tweet has said that the company would be able to meet its supply targets for the US government two weeks ahead of schedule. The company has increased its vaccine production and has stated that can deliver 220 million or 10 per cent more doses by the end of May than earlier promised. Further, he also informed that Pfizer could supply 300 million doses by mid-July.