British Airways received two financial assistance of £2.45 billion in a bid to survive the coronavirus slump. British Airways owner, the International Consolidated Airlines (LON: IAG), received a £2-billion loan from the UK Export Development Guarantee. The five-year term loan has been underwritten by a group of banks and has a partial guarantee from the UK Export Finance. The loan is expected to provide a financial shield to the company till the Covid-related restrictions are eased.

The airline company has agreed to delay £450 million in pension deficit contributions. This would include £37.5 million in monthly contributions, due from October 2020 to September 2021. The company is expected to pay back the deferred contributions along with interest. 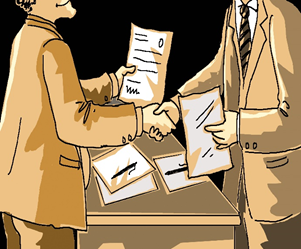 The agreement is a part of the deal to safeguard the airline company, battered by the Covid-related traveling curbs leaving a majority of its planes grounded during the Covid-19 pandemic.

The travel and hospitality industry’s revival would depend on PM Boris Johnson’s plans on how to ease restrictions after the UK announced its third national lockdown on 4 January  to control the spread of the virus.

Last April, BA’s parent company had tapped the government-backed loans to improve its cash flow. The company had said that it was planning to restructure its operations in all areas as part of preparations for a difficult future that might entail job cuts. The company had gained funds worth £300 million from the Coronavirus Corporate Finance Facility. Though, it announced laying off up to 12,000 employees in April 2020, from its workforce of 42,000. Later in June, it laid off 350 pilots and put 300 other pilots in a pool for the purpose of re-hiring when necessary.

The company’s then CEO Willie Walsh had said then that it did not see demand recovering to the 2019 level any time before 2023, and hence, the company would have to undertake restructuring at all levels to maintain liquidity and get through the crisis. The company had also got a loan of around £880m from the Spanish state bank for the Iberia and Vueling carriers.

Also read: BA to Switch to Sustainable Fuel for its Transatlantic Flights by 2022

The travel and hospitality industries are the worst hit due to the pandemic. Companies have had to sell assets, cut workforce, and put employees on furlough.

All eyes would now be set on the annual budget that Chancellor of the Exchequer Rishi Sunak would offer on 3 March, as it is being widely anticipated that the budget would set the tone for economic revival in the UK amid the uncertainty of further lockdowns and restrictions.