Which stocks should you consider after govt's U-turn on windfall tax?

After weeks of sustained pressure from the opposition Labour Party and other campaigners, the UK government on Thursday announced a windfall tax to be levied on oil and gas companies to help ease the soaring energy bills for UK households.

Called the 'temporary targeted energy profits levy', it will be an additional 25% tax on the profits of UK energy producers for the next 12 months. It will be withdrawn eventually when the oil and gas prices return to more normal levels, the government said. The new levy is expected to garner around £5 billion by the next year.

The windfall tax is a part of the £15 billion cost of living package announced by Chancellor Rishi Sunak on Thursday. This excludes the £200 energy bill rebate to the households that was announced in February and was to be repaid. It has now been turned into a grant, and the amount has been doubled to £400, taking the total figure that the government intends to spend on helping households to £21 billion. 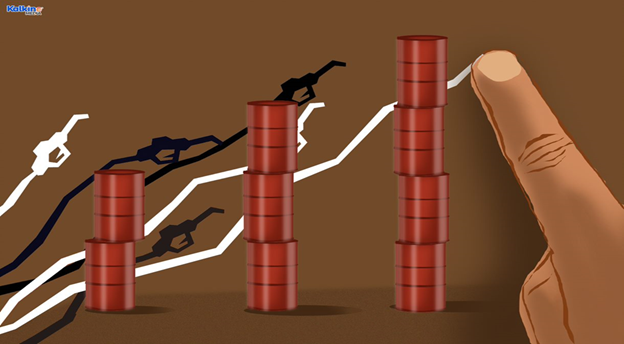 What is a windfall tax?

A windfall tax is a temporary levy imposed on companies that generate extraordinarily high profits due to favourable economic conditions. For example, oil majors BP (LON: BP.) and Shell (LON: SHEL) generated significantly higher profits in the first quarter of 2022 in comparison to the same period last year. It is because oil prices reached record high levels due to Russia's invasion of Ukraine.

Which sectors will benefit?

Apart from UK households, a lot of businesses also stand to benefit from the grant announced by the government. It is expected that the relief in energy bills will lead to an increase in leisure spending, boosting sales in several sectors.

Let us take a look at the stocks of a few companies that could benefit from the government's support package.

InterContinental Hotels Group or IHG Group is a British multinational hospitality group and a constituent of the FTSE 100 index. Its portfolio includes 17 brands and 6,000 destinations.

Mitchells & Butlers is one of the UK's largest operators of restaurants, pubs, and bars. For the 28 weeks to 9 April 2022, the company's total revenue stood at £1,159 million, significantly higher than the £219 million during the same period in 2021, likely due to the COVID-19 induced lockdowns.

The company owns a chain of no-contract fitness clubs in the UK and is listed on the FTSE All-Share index. Its stock rallied after the announcement of the government's support package amid expectations of a rise in leisure spending.