The Anglo- German travel company TUI AG has struck a deal on its third bailout package during this year to sail through the Covid induced travel slump. The group reached an agreement with the German government, banks, and private investors for an additional financial package worth €1.8 billion. Out of the total, the German government has promised to shoulder a hefty amount of €1.1 billion for the struggling holiday firm. The deal also includes banning all the executive bonuses and dividends.

The world’s largest holiday company had already received €3 billion in the form of state loans, delivered in 2 bailout tranches earlier this year in the months of April and August. The new package would see the company’s rescue funding summing up to €4.8 billion.

The Hanover-based tour operator had appealed for additional funding after a new wave of coronavirus cases hit Europe, which led to cancelation of travel plans during late summers and winters. 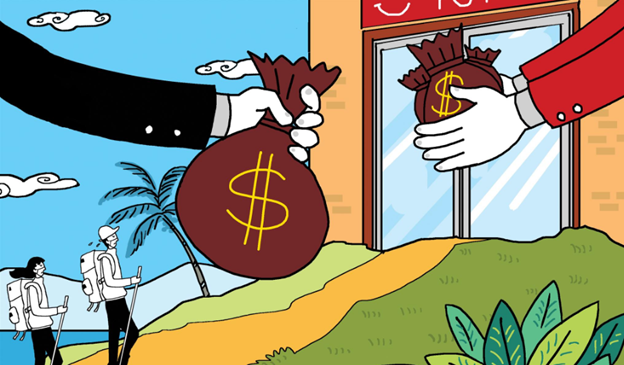 Media sources pointed out that the latest bailout was delayed due to a debate over how much control the government should have over TUI while providing the aid. The package was announced on December 2, after which the TUI stock closed 7.3 per cent lower than its previous day’s value at the London Stock Exchange, with a news of the forthcoming share dilution.

To facilitate the deeply discounted rights issue, the company announced a lowering of the TUI share capital that would be followed by the rights issue at a price of €1.07 per share. The proceeds of the share issue would be used for repaying senior notes due in October next year that were valued at €0.3 billion.

Additionally, it got funding of € 0.4 billion via a state guarantee, apart from a non-convertible equity and hybrid participation worth € 0.26 billion from the WSF.

The state bank KfW has provided an additional credit facility of € 0.2 billion.

An economy ministry spokeswoman said that the federal government would be negotiating with the states for an additional aid worth € 0.4 billion.

After the redemption of senior notes, the company would be having pro-forma financial resources and credit facilities totally nearly €2.5 billion.

A company spokesperson said that the package would provide it with enough liquidity to cope with a volatile market environment, assuming that the travel restrictions could continue until the summers next year.