European News: The London and European markets traded in the red amid ongoing Covid-19 worries and potential of further tightening of Covid-19 restrictions in the UK. As per the latest BRC/KPMG Retail Sales Monitor, the UK retail sales grew by 4.8% on a like-for-like basis in December 2020 from December 2019. Among the gaining stocks, shares of Playtech soared by 4.41% after the company said its FY20 performance to be ahead of consensus expectations. Shares of Kingfisher grew by 2.15% after it reported a fourth-quarter like-for-like sales increased by 16.9%. Shares of International Consolidated Airlines Group had increased the most on FTSE 100. Among the decliners, Shares of Games Workshop fell by 7.31% after the company reported better first-half performance than its expectations. Shares of Alpha FX Group went down by 4.23% after the company released its full-year FY20 trading update. Shares of Vistry Group went down by 0.47% although it would resume dividend payments. 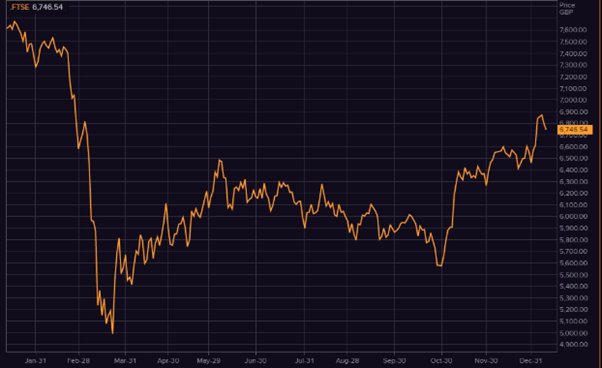