Looks like, the government’s measures to control the housing crisis have started making an impact. According to the data released by the Real Estate Institute of New Zealand (REINZ), house sales were down as compared to March, and the national median price also eased a bit in April.

Data shows that a total of 7,218 residential properties were sold throughout New Zealand in April, which signaled a 28% decline as compared to March.

However, the sales in April were lower as compared to March but still the highest in the last five years. Usually, March is the busiest time for house buying and April starts to head towards winter and the sales drop. 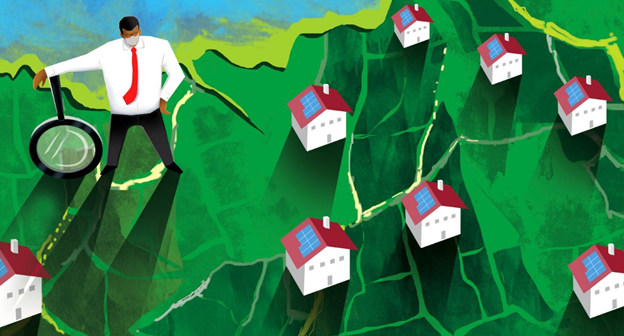 Decline in sales was evident throughout the country except in the Marlborough region, where the sales were up by almost 11% as compared to March. All other regions showed a decline in sales of houses ranging from 11.8% in Taranaki to 41% on the West Coast.

The prices also eased with national median selling price at NZ$810,000, down by 1.8% as compared to March. However, there were glaring differences in the prices regionally. The prices varied between 1.4% to 8.3%. However, some regions also showed an increase--

Are These Early Signs that government measures are paying off

While April was the busiest month in the last five years, as compared to March, the sales did show a downward trend. Should this data be taken to conclude that the housing crisis is on its way out of NZ?

Analysts say it is too soon to say anything. The decline in sales can be easily explained by the fact that April is usually a lean month as far as sales of residential properties is concerned.

According to Analysts, there will be a wait-and-watch approach to see whether the early signs of LVRs and tax changes are having an impact on the housing market.

It may be noted that Jacinda Adern, Prime Minister, had said in March that the housing crisis in New Zealand was long and would take time to turn around. There is no silver bullet.

The main concern of the government is to tilt the balance in favour of first-time buyers rather than speculative investors. In the final quarter of 2020, 40% of all home buyers were those who had multiple properties.

The government has taken several demand-and-supply side steps to cool off the speculative nature of property buyers. The supply side steps include a NZ $3.8 billion housing acceleration fund to build more affordable housing for New  Zealanders.  Similarly, demand side measures were announced in March, which came into force from 27 March 2021.