The Office for National Statistics (ONS) has released the Consumer Prices Index (CPI) data for December 2020, which stated that the 12-month inflation rate rose to 0.6 per cent from a value of 0.3 per cent during the previous month.

The figures also showed that the 12-month inflation rate recorded by the Consumer Prices Index, including owner occupiers’ housing costs (CPIH), was 0.8 per cent for the month of December, up by 0.2 per cent from November. 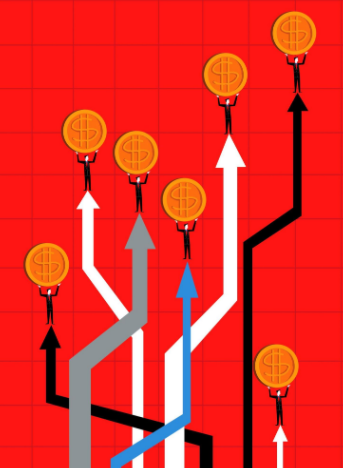 The Retail Price Index (RPI), which is a separate measure of inflation, also rose to 1.2 per cent in December from a value of 0.9 per cent in November. The contributions to CPI came from five broad groups that increased remarkably between November and December.

Recreation and culture sector has made the largest contribution to the annual price rise since April 2020. When the restrictions induced by the pandemic were put in place, the contribution from this group increased, driven by the rise in prices of items like processing equipment, computer games, games consoles and children’s toys. While the total sectoral contribution to the CPI kept fluctuating throughout the year, it surged to 0.5 percentage points in December.

The early December saw easing of some travel restrictions, which lifted the transport prices. Despite travel ban on international flights, the air fares rose on a month-on-month basis. The 12-month inflation rate from transportation rose to 1.5 per cent in December.

There was a 0.1 per cent increase in the one-month average price of alcoholic beverages and tobacco products in December 2020, driven by a price rise of tobacco products due to a tax hike that came into effect on 16 November.

The other measures that contributed to the inflation were housing, water, electricity, gas and other fuels, which rose by 0.2 percentage points, and furniture, household equipment and maintenance that increased by 0.9 percentage points in December.

The official figures revealed that the UK inflation picked up pace in December after one of the worst affected sector of clothing retail was forced to offer further discounts.

The second lockdown in England in November 2020 had forced the clothing and footwear firms to slash prices, which disrupted the usual discount offers seen after Christmas.

High street retailers also had to shut their shops amid tighter coronavirus restrictions just before the holiday season. The annual rate of clothing and footwear inflation fell by 1.8 per cent in December as compared to a 3.6 per cent contraction in November, stated the report.

Jonathan Athow, Deputy National Statistician, ONS, said that despite continued discounting, the clothing prices have put an upward pressure on inflation for December. He added that the transportation costs, as well as petrol prices, surged with ease in travel restrictions. However, these were partially offset by falling food prices.

The report also stated that the inflation has been lagging the Bank of England’s target of 2 per cent since mid-2019.