The European Banking Authority (EBA), which is the watchdog of the block, has recently stated in its annual survey of bankers earning more than €1 million (£850,000) that the total number of millionaire bankers in the UK has dropped by 95 high earners in 2019. This came ahead of the formal exit of the UK from the European Union and reflects the impact of Brexit on the UK financial sector and its tax base.

Despite this, the UK has a disproportionately large share of wealthy bankers in Europe, which accounts for around 71% of the 4,963 bankers in the top pay category across the bloc in 2019. Approximately 380,000 people are employed in Britain’s banking industry according to the data from TheCityUK. As per EBA, the EU banking regulator, this move boosted the number of top earners in Germany from 450 to 492, in France from 234 to 270, and in Italy from 206 to 241. 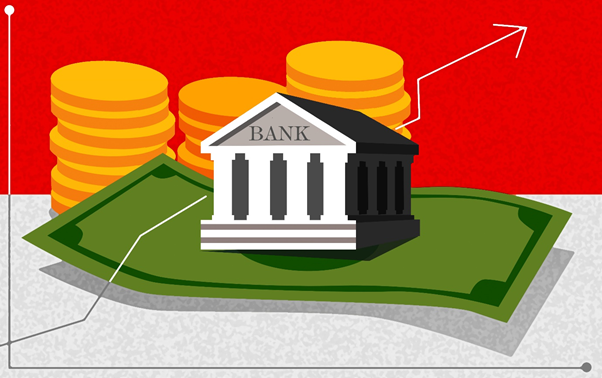 According to a recent study by the New Financial think-tank, Brexit has made over 400 financial firms across the United Kingdom to shift their activities, staff and a combined trillion pounds (US $1.4 trillion) in assets to hubs in the European Union, which may increase over time. As per the study, new hubs have been created in the EU as around 7,400 jobs have moved from the UK due to Brexit. The New Financial’s 2019 survey predicted 269 relocations, which actually turned out to be 440, and the biggest beneficiary was with 135 relocations, followed by Paris Luxembourg, Frankfurt, and Amsterdam.

The UK tax base has shrunk as banks have moved, and are still moving more than 900 billion pounds in assets from Britain to the EU, as well as insurers and asset managers have shifted out over 100 billion pounds ($138 billion) in assets and funds. London still remains the paramount financial hub, but there will be higher risks of a reduction in the UK’s 26 billion pounds annual trade surplus in financial services with the EU.

Brexit has caused significant damage to the UK’s financial sector, as most banking services have suffered a loss of passporting rights. There is a risk of deregulation in the UK financial sector, but it will adhere to international norms, particularly the Basel framework. The reduction in the regulatory compliance burden may well benefit the Fintech firms and smaller banks.

Why has Brexit impacted the financial services sector?

While taking about Brexit, banking and finance sector has been discussed the most for various reasons. The first major reason is that the financial industry contributes around 12% to the UK’s total GDP, making it a significantly important and influential sector in the British economy. Apart from output numbers, it accounts for around 50% of the UK’s US $31 billion worth trade surplus in services, while creating over two million jobs. It is also the biggest export industry of the country. The financial sector of the UK has proved its important for the rest of the EU as EU companies and governments borrow around US $1.4 trillion from British banks. London is the financial hub of EU, and most of the financial activities in Europe are either directly or indirectly carried out there only.

The second major reason is that the financial sector has been one of the primary supporters of the single market. The EU has strong roots in economic motivations.

The UK is a global leader in a wide variety of activities, such as wholesale markets, complex insurance, investment banking, the provision of market infrastructure, asset management as well as the newly emerging FinTech industry. Therefore, Brexit has a long-term impact on not just UK banks, but also banks in Europe and in the rest of the world as well.

While it appears that London will not be able to tackle the heavy outflow of a substantial value of business as well as jobs to the continent and elsewhere due to Brexit, it may lead to advanced innovations and developments in the financial services industry as a wide range of new players will take over the industry. It is important for the UK financial-services sector to capitalise on the renewed global opportunities to keep hold of its reputation as one of the world’s leading venues.

ALSO READ: Brexit has messed up UK’s geo-political relations with EU, US