What is Underlying Debt?

In the context of municipal bonds, the term "underlying debt" is frequently used. A municipality that releases debt in the form of bonds might gain from the efforts of a larger government entity, like the federal or state government, to make sure that the municipality's credit obligations are fulfilled.

Underlying debt is a term used in municipal bonds to denote a government agency's debt that falls under the jurisdiction of a larger government unit and is partially liable to pay.

However, as underlying debt, the larger government entity recognises the debt of the smaller agency. Therefore, when compared to a smaller entity, the larger agency is usually more creditworthy, and this sharing of credit obligations usually functions as a credit improvement for the issuing authority.

For instance, the state's turnpike authority might release its own debt, but if there is any trouble with the default, the state government may be obligated to make sure that it is averted.

Smaller businesses that do not have an excellent financial position may find it challenging to raise money. The implicit backing of larger businesses, on the other hand, permits smaller entities to get loans and low-interest rates on their obligations. As a result, municipal bonds are regarded as the underlying debt of the backing entity by most people. 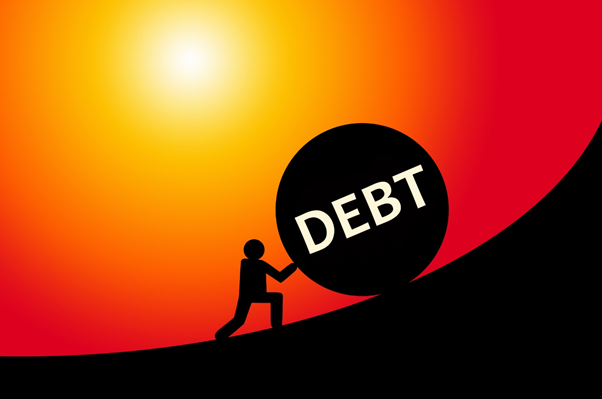 Furthermore, it is quite common for minor municipal debts to be supported by larger governmental bodies. This arises when smaller bodies, such as school districts and cities, release bonds to the general public to support new initiatives and operations. A school district or city will rarely go bankrupt and stop operating entirely if a smaller entity cannot pay its debts. Instead, it is anticipated that the state will interfere with giving emergency cash to maintain essential services and continue debt service.

Furthermore, underlying debt refers to general obligation municipal bonds supported by an issuer's taxation authority or, in the case of the underlying debt, the authority of a larger government entity. This sharing of credit responsibilities usually enhances the bond issuer's credit. Thus, when rating firms such as Moody's and Standard & Poor's give these issuers an underlying rating, the ratings mirror the issuer's attributes on their own.

Additionally, the capacity of larger municipal issuers to fulfill all financial obligations, including underlying debt, and to make up planned interest payments on a timely basis is deemed to be in the rating of the underlying debt. If a smaller entity has trouble meeting its commitments, the larger entity that bears the underlying debt's rating may suffer as a result.

What are the underlying debt considerations for larger government entities?

Even while it is more of an implicit presumption than a formal contract, the idea that a larger government organisation has some responsibility for the obligations of a smaller entity could have a substantial impact on the larger entity's funds. Furthermore, while underlying debt can benefit a municipality, it poses a risk to the bigger government entity.

For several years, Detroit and other major towns in Michigan, for instance, experienced severe economic hardships. The reason for this is that due to the massive amounts of underlying debt accumulated by cities, the state of Michigan has discovered it extremely expensive and difficult to borrow cash.

What are some instances of underlying debt?

Municipalities, school districts, cities, townships, and villages all require cash to finance capital projects like building a school park or a new school, infrastructure projects like bridge maintenance or highway construction, waste management, hospitals, public building construction, or renovation, public transportation, and so on. However, despite the fact that new sources of capital financing, like crowdfunding, are presently being explored, the most popular way of raising cash is through bonds.

Furthermore, a governmental agency like a school district or a city might sell bonds to investors. The organisation acquires the financing it needs for a capital project while also accepting responsibility for paying investors the principal amount of bonds purchased as well as the coupon rate, or specified interest rate, on the bonds.

Municipal bond issuance, on the other hand, is usually based on a hypothesis. So, the expectation might be that if the bond issuer runs into financial difficulties and cannot repay the loan, a larger government entity, like the state government, will intervene and offer the funds required to pay the bond investors.

Here's a fiery example of the underlying debt. It generally increases the dangers for the larger body sustaining the debt, as was the situation in the 1970s in the state of New York, when New York City was on the verge of bankruptcy.