In late 2013, dogecoin was created by Jackson Palmer and Billy Marcus as a joke. The logo of cryptocurrency is a meme that was popular at that time and ‘doge’ was deliberately misspelled by the developers that indicate a Shiba Inu dog.

The development of dogecoin was to poke fun at bitcoins and for gaining public attention, publicity stunts were done by a group of enthusiasts, such as sponsoring NASCAR drive.

Presently, dogecoin is not a joke and its value increased by more than thousand fold in 2021. The main reason behind the boost in the value is the CEO of Tesla, Elon Musk who tweeted in favour of dogecoin. He tagged dogecoin as “people’s crypto”.

What is the difference between dogecoin and bitcoins?

In comparison to the bitcoins, few significant differences are reported. These include-

What is the working of dogecoin?

Like bitcoins and Ethereum, dogecoin runs on blockchain. Blockchain technology is a distributed ledger and a decentralised platform that maintains a record of all the transactions. The transaction once entered into the blockchain, cannot be changed or tempered as it uses cryptography, therefore, it extends a high level of security.

In the dogecoin blockchain, the cryptocurrency holders get an identical copy of the ledger. With any new transaction in the dogecoins, the ledger is updated.

Miners are people who solve complex equations to process the dogecoins transactions and those transactions are recorded on the blockchain technology. Since the miners are supporting the ledger and help in processing the transactions, they are awarded Dogecoins, these tokens can be utilised by the miners for trading in the crypto market.

Dogecoin cryptocurrency can be used for the purpose of purchases and payments, but the value stored in the dogecoins is not effective. One of the major reasons is that there is no lifetime cap on the mining dogecoins. By design, the dogecoins are highly inflationary. The supply of dogecoins is extensive, that is, miners are rewarded with millions of dogecoins on every mining. Therefore, speculation on prices is not possible. 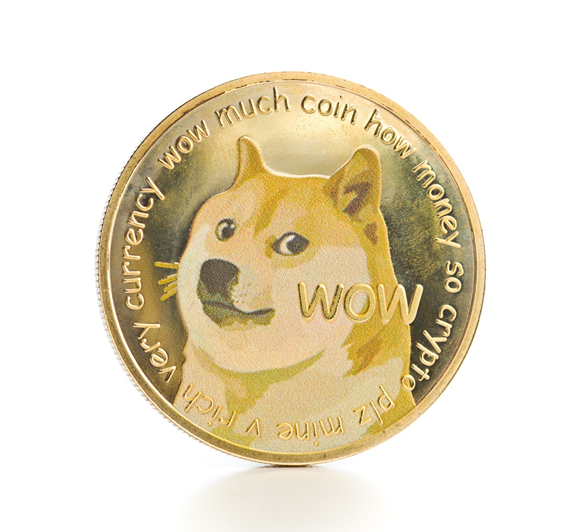 Dogecoins can be purchased from the crypto exchanges such as Kraken or Binance. For entering into the purchase and exchange of cryptocurrencies, the user is required to undergo the set-up account that needs to be created with cryptocurrency or US dollars. One of the major cryptocurrency exchanges, Coinbase does not support Dogecoin. People can also access dogecoins through online brokers such as TradeStation and Robinhood. These brokers can purchase Dogecoins on the behalf of the crypto enthusiasts along with conventional financial assets such as bonds, mutual funds and stocks. The variety of cryptocurrencies offered by them are limited in comparison to the exchanges but dogecoin is generally available.

After purchasing any cryptocurrency, it is generally suggested that the currency should be stored in a private wallet, and the same holds true for the dogecoins as well. There is a range of wallets that are available such as wallets offered by the exchanges such as Coinbase offers crypto wallets. The currency can also be stored in private hard drives and mobile devices. The additional layer of protection is extended through a private password.

Earlier, when dogecoin was not mainstream, then the dogecoins can be mined by doing very minor tasks such as watching a video or taking any survey and so on, but presently the scenario has changed and complex tasks need to be done.

Everything you need to know about Dogecoin is here

What is the history of Dogecoin?

Dogecoins was created as a joke on Bitcoin and the poke can be interpreted from the meme dog as the icon of the currency. Shiba Inu is a Japanese dog that appears as the logo of the coin and was a famous meme at that time. The technology used and the unlimited supply of the currency accompanied with the consumer-friendly version, more adaptable and faster characteristics made it a better version of Bitcoin.

For gaining the attention of the crypto enthusiasts, Dogecoins donated funds for sending the Jamaican bobsled team to the winter’s Olympics in Sochi. Moreover, dogecoins have been donated for the construction of wells in Kenya and NASCAR drivers were also sponsored as publicity stunts.

Within one year, dogecoin was able to achieve the market capitalisation of $20 million and gain a loyal fanbase.

After few months, Dogecoin attracted a lot of controversies, especially after the growth of serious crypto investors, traders and the community. The first controversy was seen when Jackson Palmer announced his departure from the community with the remark that a “toxic community” has been created.

Alex Green is one of the members of the toxic community. He builds a Dogecoin exchange named Moolah. He was famously known as a lavish tipper within the community. He mistakenly paid $15,000 to the NASCAR fundraiser instead of $1,500. The controversy took its peak when the controversial figure Alex Green invested in the lavish lifestyle through the money donated.

In 2017, a crypto bubble was created, and it resulted in the Dogecoin value reaching $0.018 with a market capitalisation of $2 billion. The bubble busted in 2018. But another similar instance was reported in 2019, as the whole crypto market was on its rise, when dogecoin was listed on Binance, the dogecoin enthusiasts were very happy with the listing. Lastly, the tweet by Elon Musk further rose the prices of dogecoins. 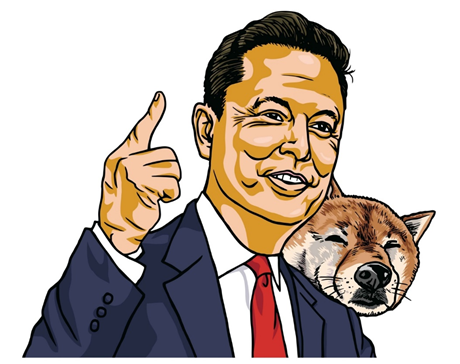 Why is Hasbulla crypto charming investors?

Shiba Inu set to launch its own blockchain; here are plans

Worst cryptocurrency? Here are some prominent losers in crypto space

Top 10 cryptocurrencies beyond Bitcoin to watch in 2022

Why are people buying virtual real estate? Should you too?