What is a meme stock?

A stock that observes a sudden increase in its trading volume due to hype on online and social media forums about it is known as a meme stock.

Due to the frenzied popularity created on platforms like Twitter and Reddit, most meme stocks become overvalued in a short span of time. AMC Entertainment, GameStop Corporation and Blackberry Limited are some examples of meme stocks that have trended widely in 2021.

A meme stock rally mostly involves struggling businesses; an unexpected increase in the stock price can offer plenty of opportunities for the management. Observing the rise in share price, companies can issue more shares to increase the liquidity, take up new projects, improve their operations, etc. 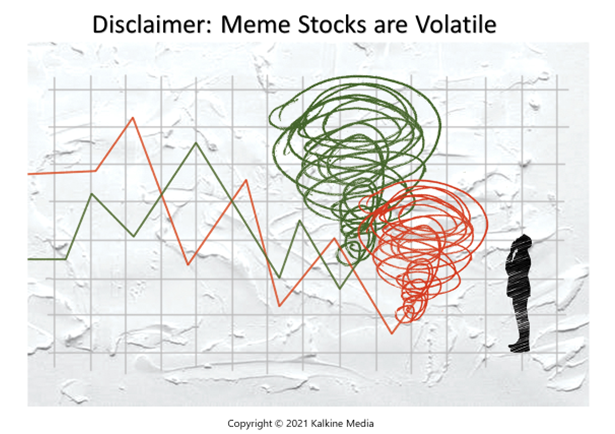 What are the characteristics of a meme stock?

Some of the measurable characteristics of a meme stock are discussed below.

With trending discussions on online threads and internet virality, meme stocks gain popularity. However, the rapid price spikes are noted as hyped and not caused by the company’s performances or any particular update.

According to investors, the meme stock cycle involves:

In this cycle, early phase investors gain profits from investing in meme stocks because they have purchased at a lesser price when compared to investors purchasing in other phases. But it is said that once the meme stock rally has entered a phase where traders are fetching the stock due to a fear of missing out (FOMO), it is too late to earn profits.

Investors should exercise extra caution while investing in meme stocks because they carry huge risk associated with them.

When a cryptocurrency is associated with a theme, often as a joke, it is referred to as a meme coin. Dogecoin, named after the Shibu Inu dog, is said to be the first meme coin. Some other examples of meme coins are jakememe70, pepememefrogree, etc.

There is little to no similarity between meme stocks and meme coins. Meme stocks are called so because of their unsustainable and frenzied rally. Meme coins, on the other hand, earn the title because they are usually developed on the back of viral social media memes.