The FJB crypto was launched in October this year, and it is the native coin of Let's Go Brandon, a project which is looking to build a decentralized media organization.

Why is FJB crypto soaring?

The price of FJB crypto surged after Steve Bannon, the former White House advisor, said that this cryptocurrency can help supporters of former US President Donald Trump and 'fight for America'.

In 2016, Mr Bannon served as the chief executive officer of the presidential campaign for Donald Trump. 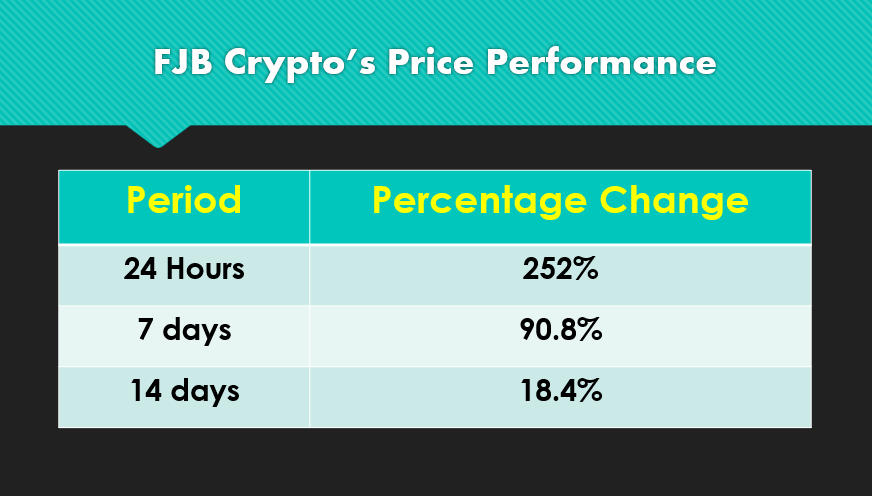 Steve Bannon faced fraud charges over his crowdfunding campaign, which was meant for the border wall between the US and Mexico. Mr Trump officially pardoned him before exiting the White House.

Ever since he got pardoned, Mr Bannon is often seen making comments on Joe Biden's victory, and he once said that the election results were 'rigged' in favour of the current president of the United States.

Also Read: Is Crypto SuperStar legit or a scam? All you need to know

Let's Go Brandon! was a chant used by Donald Trump's supporters during the presidential elections. The project's name is based on the chant, and it has got support from high profile people like Candace Owens, a political pundit, and Ryan Fournier, founder of Students for Trump.

The FJB crypto's use is to act as a voice for Let's Go Brandon movement, which runs across America. This cryptocurrency aspires to be the first digital asset for right-wing supporters in the US.

Once the media company is up and running, the FJB crypto will act as a native utility token. Articles posted on the platform will be stored permanently on the blockchain.

Although Mr Trump lost the election, he got many votes. Many people remain Donald Trump's supporters, and they could pay attention to the FJB crypto.

On December 23, FJB crypto clocked an all-time high of US$ 0.0038 per token. The price of cryptocurrency could increase in future. However, as it is a relatively new digital asset, it could also go down due to high volatility.

Also Read: Why is Merit Circle crypto soaring & where to buy MC coin?