A financial report acts as a mirror that shows how a Company performed during the time frame. It also tells about the drivers and deterrents of the performance. Every year in August, most ASX-listed companies publish their financial results, either full-year, half-yearly or quarterly.

GOOD READ: Get the Most from Reading an Annual Report

The journey of most of the companies was akin to a roller coaster ride since July 2019. First, the Australian economy faced the wrath of the bushfires and then by the COVID-19 pandemic, which continues to torment the globe. In this period, it may be of interest to know how the companies performed and which companies managed to sail through this ordeal.

Below is the list of companies which declared that financial results. We would be looking at their result and how their respective stock performance.

Premier Investments seeks to use its skill and strong capital position to own as well as operate a variety of retail, consumer products & wholesale businesses.

Due to COVID-19 impact, Premier Retail global sales for 2H FY2020 were down A$106.5 million to A$484.2 million, as compared to the previous corresponding period. Despite the headline drop in sales and the associated drop in gross profit, Premier Retail’s online sales and EBIT growth have continued to speed up to provide record earnings. 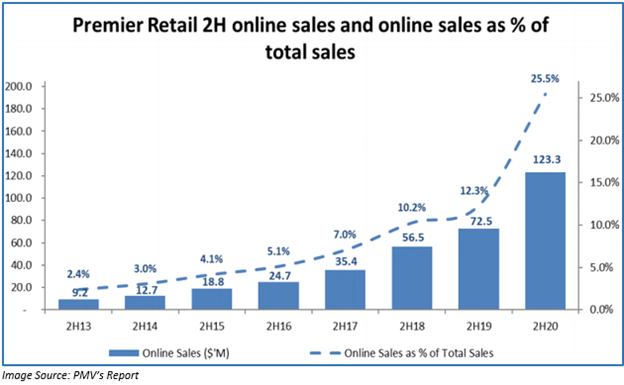 Flight Centre Travel Group Limited is amongst the largest travel groups in the world. On 13 August 2020, the Company announced that it had developed a longer liquidity runway to assist it to beat the difficulties caused by COVID-19 & the restrictions that have been imposed to slow the virus’s spread.

As on 30 June 2020, the Company had a cash balance of A$1.9 billion. In July 2020, net cash outflow was A$53 million, which was below the A$65 million monthly targets. It includes A$17 million in revenue. There was another A$43 million cash outflow with the benefit of JobKeeper subsidy included.

The corporate business of the Company was profitable during the period and won numerous new accounts. This represents the business’s resilience.

DO READ: AGL Energy: Powering Australia through thick and thin

QBE Insurance Group is amongst the top 20 general insurance and reinsurance companies in the world.

On 13 August 2020, the Company declared its 1H FY2020 results and reported a net loss of US$712 million. This includes a pre-tax investment loss of US$90 million compared with a US$755 million gain in the previous period. 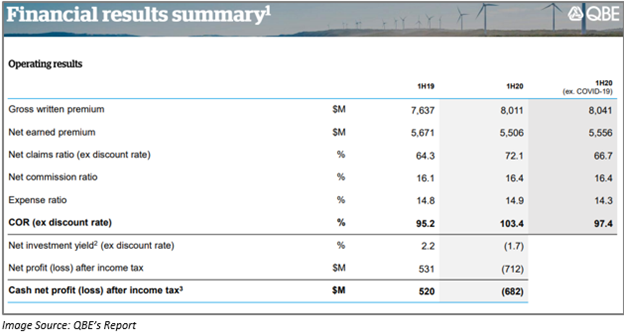 The Company on the date of the FY2020 result announcement also announced the appointment of Ms Tan Le and Mr Eric Smith as Non-Executive Directors.

Ms Le is a technology innovator, entrepreneur, and business executive while Mr Smith holds over 40 years’ experience in insurance and financial services.

On the appointment of the two non-executive directors, QBE’s chairman said that the appointment of Ms Tan Le, would bring invaluable insight and perspective to the strategic discussions. In contrast, Mr Smith will further deepen the insurance expertise of the QBE Board.

Did You Know: QBE Insurance Group Announces Vivek Bhatia to Leave the Insurer this month

Goodman Group is an integrated property group and its operation span across various regions like Australia, New Zealand, Asia, Continental Europe, the UK, North America & Brazil. The Group has benefitted from the e-commerce boom in 2020.

AMP Limited is the provider of life insurance, superannuation, pensions and other financial services in Australia and New Zealand.

The operating earnings of the Business unit in 1H FY2020 impacted the COVID-19 pandemic.

At present, the Company is well positioned to benefit from disruption and deliver value to customers and shareholders. 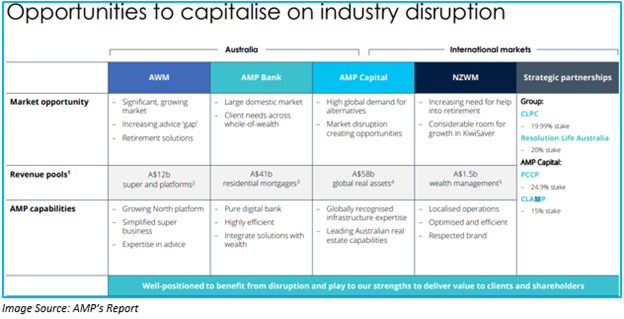 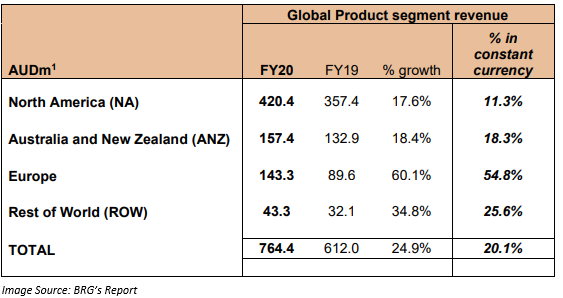 Woodside Petroleum Ltd is a significant player in the LNG industry in Australia and the largest Australian natural gas producer.