Australian shares shrugged off Reserve Bank of India's (RBA) 50 basis points rate hike and closed higher for the second day on Tuesday (5 July) as energy and IT stocks witnessed buying. The Australian equity benchmark ASX 200 ended 0.25% higher after RBA hiked its cash rate by 50 basis points (bps), which was in-line with the broad market estimates.

Reserve Bank of Australia has lifted its official interest rate third time in a row today (5 July). RBA increased its cash rate by 0.5 bps to 1.35%, to bring down inflation, which is rising at a rapid pace. The rate hike means a definite hike in borrowing rates and mortgage and loan payments if fully passed on to consumers. It will in a way squeeze household budgets even more at a time when a rise in consumer prices is already weighing on it. 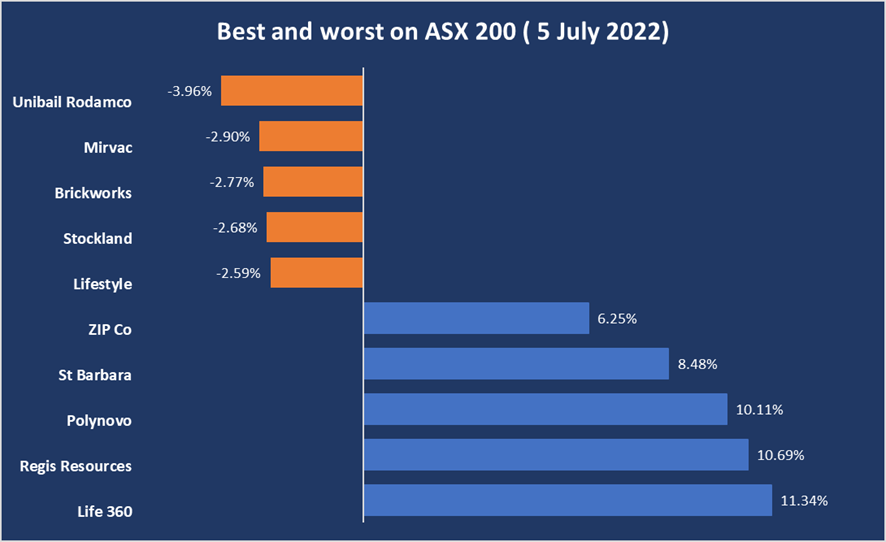 In Asia, stocks were brighter today after US announced a rollback of some tariffs on Chinese consumer goods. However, China’s Shanghai Composite and Shenzhen Component were down while, Hong Kong’s Hang Seng closed higher. The Japanese Nikkei gained during the day alongside South Korean KOSPI.

In Europe, stocks are expected to open higher while investors remain focused on guidance from central banks. Other economic datasets expected today feature - the French industrial production numbers, data on Spanish consumer confidence and the final PMI data of Eurozone.