The stock of the clinical-stage biotech firm, NeuroBo Pharmaceuticals, Inc. (NASDAQ: NRBO), had seemingly gained attention from market participants, as evident by the increase in its pre-market trading price.

So what could be the probable reasons that might have triggered the rally of NRBO stock on Thursday? Let's find out with Kalkine Media®:

Although there is no apparent news for its rally in the pre-market hours on Thursday, it is anticipated that its recent announcement of reversed stock split might have helped in its gains.

The clinical-stage healthcare firm announced on September 12, that it is going for a 1-for-30 reverse split of its common stock. Notably, it became effective the same day, after the market close.

On its split-adjusted basis, the stock of the biotech firm began to trade on the Nasdaq Capital Market on Wednesday.

Back on June 9 this year, Neurobo Pharmaceuticals' shareholders nodded to enact a reverse split of the company's share in any range between 1-for-5 and 1-for-35 ratio, depending on the approval from the board of directors. However, the time gap between the official announcement and the split was only a few hours.

As per the announcement, the Massachusetts-based company planned for the reverse split to adhere to the listing conditions of the Nasdaq Stock Market. Notably, neither Nasdaq nor NYSE lists a stock that trades below US$ 1 for an extended period. 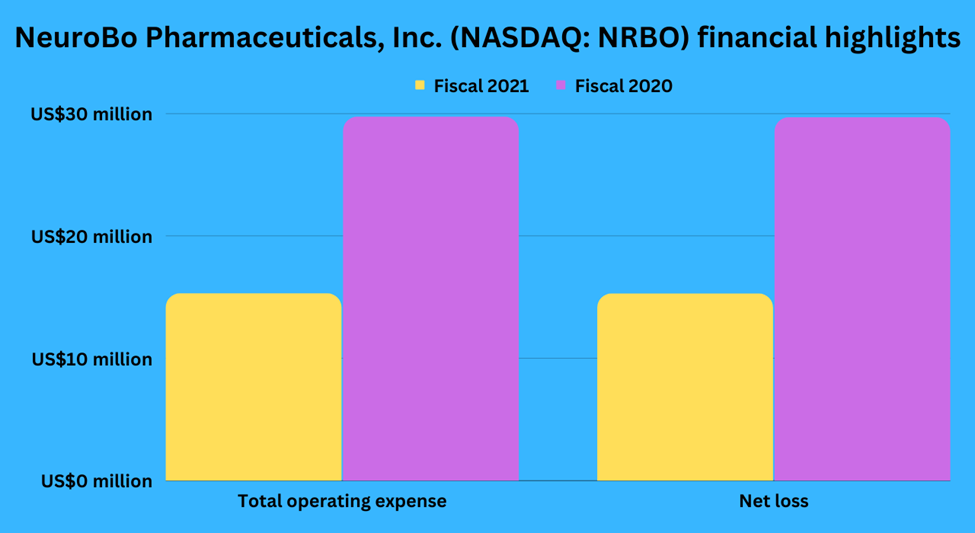 At its current trading price, the stock of the biotechnology company added about 125 per cent in the last 30 days, while losing about 31 per cent on a YTD basis.