Why did Amylyx Pharmaceuticals (AMLX) stock rise before market open?

The stocks of Amylyx Pharmaceuticals, Inc. (NASDAQ: AMLX) seem to be gaining attention on September 8, as seen by the rise in its trading price during the pre-market hours.

The AMLX stock rocketed more than 80 per cent in the pre-market trading session after closing about four per cent higher in the prior session.

Now the question is why the stock witnessed a notable gain on Thursday. Let's discover the recent developments that may have bolstered its gains with Kalkine Media®.

Why is it soaring?

Amylyx Pharmaceuticals gained traction on September 7 after the firm said that Nasdaq had halted the trading of its common stock. During that statement, it also said that the second meeting of the US Food and Drug Administration would happen on the same day for reviewing the New Drug Application for AMX0035, which is used to treat amyotrophic lateral sclerosis (ALS).

Meanwhile, on September 8, the pharmaceutical firm said that the regulators backed its drug at their meeting. The Cambridge, Massachusetts-based firm said that the FDA's Peripheral and Central Nervous System Drugs Advisory Committee (PCNSDAC) voted on a 7:2 ratio, with the majority backing its efficacy.

Seven advisers have recommended approval for its experimental drug, which may have surprised some investors after the same group turned down the much-debated drug earlier in 2022.

Most of the regulators backed the available data that shows the drug's efficacy to support its approval in treating ALS. Notably, if approved, AMX0035 would be the first treatment for ALS that had shown a notable slowing down in the disease's progress and impact.

The FDA had nodded for Priority Review for AMX0035 in December 2021, and according to the recent statement of the US$ 1.05 billion market cap firm, it anticipates that the regulators would give a decision on the drug by September 29 this year, under Prescription Drug User Fee Act. 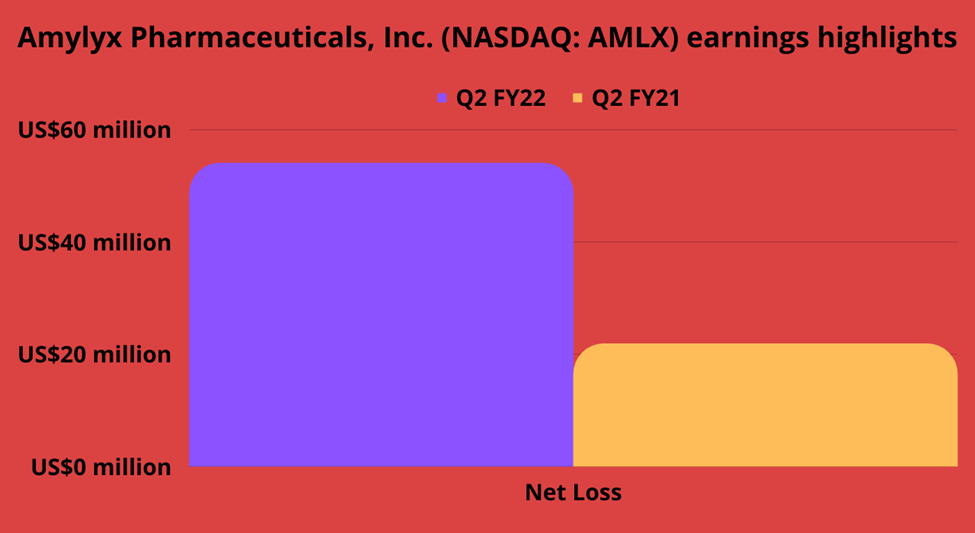 During its writing, it had a volume of 757,822. At its current trading price, it returned gains of about 78 per cent YTD while increasing around 66 per cent in the ongoing quarter.

However, the stock of Amylyx Pharmaceuticals had an RSI of about 31, Refinitiv data showed, which suggests that the stock could be highly volatile at the moment.