With the holiday season just around the corner, shoppers in the UK are stocking up on party food, frozen delicacies and other festive specialities amid the mounting shortage fears due to supply chain inconsistencies.

Supermarkets in the UK such as Tesco and Aldi reported a surge in frozen turkey sales, as shoppers fear shortage due to the ongoing supply chain issues. Another supermarket Waitrose reported high demand for fresh turkeys and a 30% increase in pre-orders year on year. 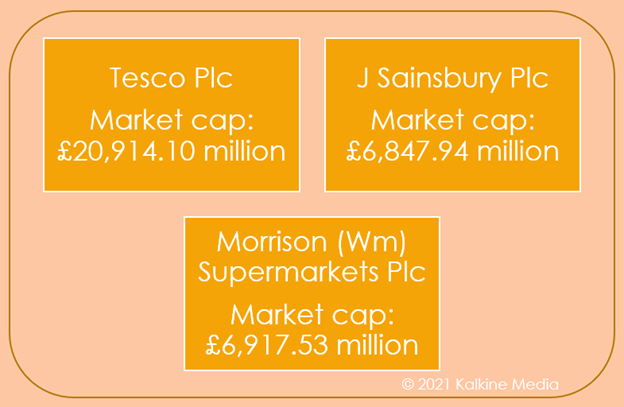 Tesco is a grocery and general merchandise retailer based in England. Recently, the company launched a checkout-free GetGo store in London that enables customers to purchase and pay without having to scan products or interact with a cashier at the billing counter.

Sainsbury is an FTSE 100 listed supermarket chain engaged in the sales of groceries, clothing, homeware, and electricals, among others. Recently, Sainsbury called off the potential sale of its banking unit post concluding failed talks with suitors.

For the quarter ended 26 June 2021, Sainsbury’s total retail sales excluding fuel rose by 1.6%. Its online groceries and clothing sales increased by 29% and 57.6% year-on-year, respectively, in the same period.