Royal Dutch Shell PLC (LON: RDSA) announced that it was preparing to cut 330 UK jobs over the next two years as the coronavirus pandemic continued to affect its profits.

The Anglo-Dutch oil giant said that it was planning to shed a quarter of its workforce for its North Sea business by December 2022. The total employee strength will be reduced to around 1,000 by this job cut. Shell employs a total of 83,000 employees worldwide.

The slashing of jobs in bulk will affect office-based roles in Aberdeen, from where the firm’s UK North Sea oil and gas business is operated. 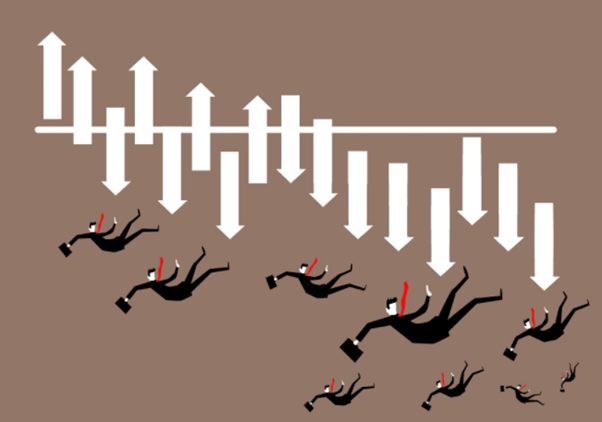 The move forms a part of the group’s wider plans that were announced in August 2020 to cut 9,000 jobs worldwide over the next two years, which would save $2.5 billion (£1.9 billion) annually. Among the 9,000 staff, around 1,500 have voluntarily accepted the severance deal.

By undertaking this program, the company will be able to save money. It will also form a part of the group’s efforts in reshaping itself for transition to a lower carbon energy system.

The decision follows a substantial drop in demand for oil amid global lockdowns and collapse in profits since February.

In its recent trading update, Shell disclosed that there was a 46 per cent decline in its net income for Q1 to £2.3 billion. The oil major also recorded a 82 per cent fall in its Q2 income as the industry continued to be adversely affected by lockdown.

Ben van Beurden, the chief executive of Royal Dutch Shell said that the company was required to act quickly and decisively and make some very tough financial decisions to ensure it remained resilient, which also included cutting the dividend.

Despite paying off staff, the group indicated that it remained committed to the North Sea business. Shell had confirmed in October last year that its growth strategy required it to focus on the UK North Sea, as it is one of the core regions where it wanted to remain in the upstream oil and gas production business for years.

The oil and gas company has said that it planned to increase investment in areas such as wind and hydrogen power along with carbon, capture and storage. The profits that the group generates from the production of oil and gas will enable it to invest in low carbon energy sources, said Shell.

Van Beurden informed that the oil and gas firm aimed to become a net-zero emission company by 2050.

The coronavirus induced pandemic and the crash in demand for oil along with the energy transition have prompted major oil companies to slash their workforce and review their operations.

For instance, another major oil and gas company of the United Kingdom and the rival of Shell, BP PLC (LON: BP) also announced its plans to cut 10,000 jobs all over the world recently.