The UK construction output grew by 17.6 percent in July 2020 as reported by the Office for National Statistics. Marshalls PLC (LON: MSLH) & Polypipe Group PLC (LON: PLP) are two construction & materials stocks listed on the FTSE-250 index. Shares of MSLH were down by close to 4.89 percent, whereas shares of PLP were up by around 5.15 percent from their last closing price (as on 15 September 2020, before the market close at 1:30 PM GMT+1).

Marshalls PLC is a UK based group that is engaged in external landscaping, interior design, paving and flooring products business. The Group offers products such as garden paving, driveways, garden paths, kerbs & edging, garden walling and artificial grass. Marshalls is included in the FTSE 250 index. 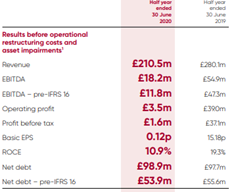 Segment Analysis by End Market and Business Area in FY2019

1-Year Chart as on September-15-2020, before the market close (Source: Refinitiv, Thomson Reuters)

Marshalls highlighted a slight uptick in the business activity in July and August 2020. The Group targets road, rail and water management projects in the Infrastructure sector as they have huge growth potential. In the Domestic end market, the demand for the housebuilding segment remains highly uncertain as the people have somewhat shifted to don't move and don't improve mindset. The Group has completed its restructuring programme and expects it would improve operational efficiency.

Polypipe Group PLC is a UK based construction material group, and provides drainage, plumbing, and heating solutions. The Group has 19 facilities across the UK, Italy and the Middle East. Polypipe Group is listed on FTSE-250 index.

Demand Drivers of Residential Systems and Commercial & Infrastructure Systems in 2019 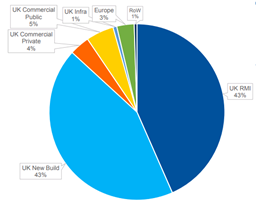 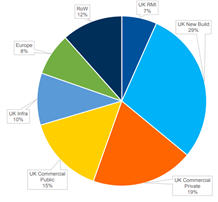 1-Year Chart as on September-15-2020, before the market close (Source: Refinitiv, Thomson Reuters)

The construction and housing market in the UK has started to recover slightly after the building and construction resumed. The business performance of Polypipe Group witnessed an uptick in July and August 2020 that was above management's expectation. It has experienced growing enquiries for ventilation systems as people look to mitigate the covid-19 risks. The volatility in the macroeconomic conditions and fall in consumer spending is likely to impact the construction market in 2021. However, the Group is confident about the government's infrastructure investment that would support the building materials sector. The medium-term driver of the construction sector is the shortage of housing and carbon-zero construction.