AIM-listed oil and gas firm I3 Energy (LON: I3E) (TSX: ITE) is all set to distribute its maiden dividend payment on 6 August 2021. It made the announcement today after receiving court approval.

The company, which currently holds a strong, low-cost, growing and diversified production base in the most prolific hydrocarbon region of Canada, the Western Canadian Sedimentary Basin, as well as appraisal assets in the North Sea, plans to provide bi-annual shareholder distributions of up to 30 per cent of free cash flow (FCF), with next twelve months (NTM), NOI (Net Operating Income), which is predicted to be US$ 44 million.

I3 Energy declared its maiden special dividend at a net of 0.16 pence per share today after receiving court approval for the cancellation of the company’s share premium account. Those shareholders who are holding their shares on TSX, the Canadian stock exchange, will receive the dividend payment in Canadian dollars (CAD) at an exchange rate of CAD 1.72 = GBP 1.00.

I3 Energy stated that the ex-dividend date is on 15 July, and the dividend payment date is on 6 August. The energy company had announced its plans to disburse up to £1.1 million for its maiden dividend distribution in March and recently confirmed that it will be paid out in July after the High Court of Justice of England and Wales approved the cancellation of its share premium account.

The dividend declaration comes a day after I3 Energy announced the asset acquisition of Canadian oil and gas company Cenovus Energy for CA$ 65 million to help consolidate its central Alberta core area. 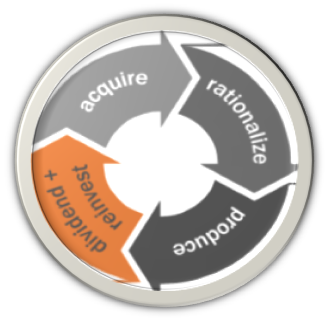 The energy company also released several forward-looking statements in its corporate presentation to meet its 2021 goals and updated on the successful execution of its corporate strategy.

I3 Energy also aims to strengthen its portfolio through strategic acquisitions of PDP reserve, a proven reserve that is developed and is producing reserves for oil and gas companies in regions having a depressed market.

In addition to its strategic acquisitions, the company also aims to continue drilling in low-risk and low-cost, proven undeveloped reserves (PUD) and 2P reserves when finding, development and acquisition (FD&A) can overtake finding and development costs.

I3 plans to continue building up its portfolio on a strong foundation of over 9,000 barrels of oil equivalent per day (boepd) and 53 MMboe in its Western Canadian Sedimentary Basin. Further, over US$ 30 million in its NTM NOI and over 8,000 boepd are likely to be added through its Cenovus Energy asset acquisition.

The company had announced a target of achieving net zero emissions by 2050 and plans to publish a maiden Annual Sustainability Report this year.

The company has also taken steps to minimise fugitive gas emissions, such as electrification of pumpjacks, a programme to replace high bleed gas pneumatic controllers with their low bleed counterparts and other initiatives.

I3 Energy is well-positioned to deliver future growth with 456 net production wells on 409K net acres, with $44million NTM NOI and $117 million of tax pool that protects the future cash flow of the company.

The company is highly focused on creating and returning value to its shareholders through the optimisation of its existing fully-owned asset base and the acquisition of long life, low-decline conventional production assets and the maiden dividend is a step forward in that direction.