What are Green Bonds?

The UK government has recently announced that it would launch country’s first green sovereign and savings bonds in September. UK Chancellor of the Exchequer Rishi Sunak has said that the financial tool will strengthen the nation’s position as a hub for green finance.

Green Bonds are a type of fixed-income instrument that are specifically destined for the funding of climate and environmental projects. These projects should be sustainable and socially responsible in energy efficiency, renewable energy, waste management or clean transportation sector.

Also read: What are the top 10 FTSE penny stocks?

Analysts believe if the green bond market keep on showing exponential growth for coming years, there will be trillions of dollars of green bonds on the market in next few years.

CONCEPT OF GREEN BONDS AND ORIGIN

The green bonds are debt bonds mainly issued by the public and private organisations to finance their environmental projects; they are typically asset linked and backed by the issuing organization’s balance sheet and usually have the same credit rating as other debt of the same issuer.  To qualify the legitimate green bond, the issuer needs to meet the green bond framework conditions.

The first green bound was issued in July 2007 by European Investment bank and World Bank with the AAA-rating. Since then, the global market for green bonds has seen exponential growth and more so after the emergence of the Coronavirus. The green bound market kicks off in 2014 and since then each year gas closed at record all-time highs.

In November 2020, Sunak announced plans to issue its first ever Sovereign Green Bonds for the country in 2021. By 2050, the UK government plans to adopt net-zero carbon emissions and for that it needs funds to finance environmental benefit projects such as wind and hydrogen power.

In Budget 2021, the UK Government confirmed that UK will issue at least two Sovereign Green Bonds which will be worth a minimum of £15 billion in 2021 and the retail Green Saving Binds will be issued via National Saving & Investments (NS&I), which is the saving arm of the UK government.

The Debt Management Office has announced that the first Green Gilt will be issued in the month of September. 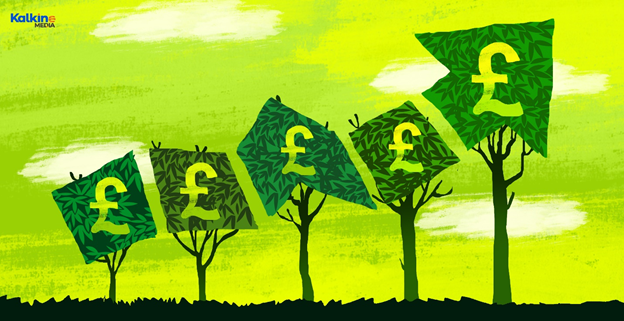 In June, the HM Treasury tabled the UK Government green financing framework. The framework set out the ambitious climate and environmental agenda and has details about the issue of Green Gilt and retail Green Saving Bonds which will finance the green expenditures such as Clean Transportation, Renewable Energy, Energy Efficiency, Pollution Prevention and Control, Living and Natural Resources and Climate Change Adaption.

HOW WILL THESE BONDS WORK?

The Bonds will be operated by the National Saving & Investments (NS&I) and investor need to hold them for three years to get return, which are available to those aged 16 and over with fixed and guaranteed interest rate for the duration of the investment. The individual investor will be able to invest between £100 and £100,000 and the money will be transferred to HM Treasury.  Then the HM Treasury will allocate an amount equivalent to the proceeds raised for Green Saving bonds to its chosen green project within two years.

The interest rate for the saving product has not been revealed yet and without knowing what interest rate will be set there is no way to determine how competitive it will be.

The government has committed to publish all the detail about how the money is being spent and what environmental differences is it making on the investments of the bondholders.

The government announced that the green saving bonds will be issued publically ahead of November’s climate change summit. These bonds will only be available online at www.nsandi.com/green-saving.

The green saving bond has a fixed term of three years, over which period bonds the government can currently borrow money at 0.2% per annum and other three-year bond pays 1.3% per annual, which means if the Treasury wants to make the product competitive it need to offer at least 1.3% per annum.

The only way an investor may lose money in green bonds would be because of high and increasing inflation. Currently, the inflation rate is 2.1% and the Bank of England base rate is at a record low, which means investor may lose money and making the investment worthless. So, the lower the interest rate, higher the chances of the product being flop, particularly as those investors already invested in ESG funds have enjoyed strong performance recently.

When NS&I cut the interest rate on its most subscribed direct saver account from 1% to 0.15% last winter, it lost swathes of customers.

The investors may invest in other funds such as ESG, which delivers higher return but only suitable for those with a high-risk tolerance.

The tax-free allowance is up to £1,000 for the basic rate taxpayers and £500 for higher rate taxpayers. However, NS&I is backed by the government, and the first £85,000 of savings per individual with the bank is also backed by the Financial Services Compensation Scheme (FSCS).

Will Terra 2.0 bring the investors back onto its platform?