There has been a flurry of electric vehicles (EV) related announcements from global auto manufacturers on Monday, as global EV sales have skyrocketed, and governments are increasingly supporting automakers to become lower carbon-emitting vehicles.

Legacy auto manufacturer Ford said it is planning to invest about £230 million at Halewood on Merseyside in the UK to convert it to an EV parts site instead.

Halewood is expected to be Ford’s first in house assembly site for EV parts in Europe. Production at the site is expected to start in 2024. The move is part of Ford’s plans to be all-electric by 2030.

Meanwhile, in other development, Stellantis NV, which was formed this year with the merger of Italian American carmaker Fiat Chrysler and France’s PSA Group, stated it had signed an agreement with battery manufacturer LG Energy Solution to make battery cells for the North American region. Stellantis expects 40 per cent of its sales in the US to come from EVs by 2030.

Global carmakers are racing to be the next leader in EVs as competition in the car industry has increased from newer entrants. Several startups have also cropped up recently, with the hopes of wanting to compete with EV giant Tesla (LON: 0R0X).

In view of this, let us take a look at 2 FTSE listed stocks focused on the EV space and how they have performed: 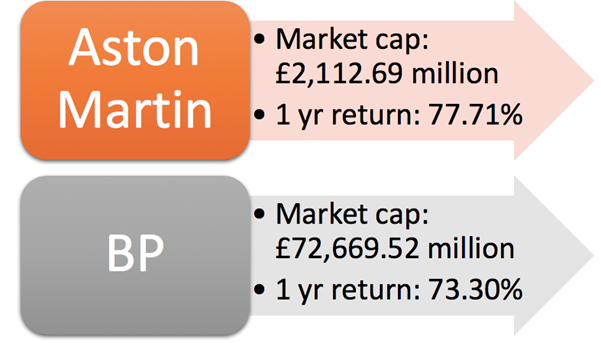 FTSE 100 index listed firm BP is an oil and gas giant. The group has undertaken several initiatives and investments in the renewable energy and electric vehicle sector as part of its commitment to become net zero.

London based BP Ventures, BP’s corporate venture arm, had recently made its first direct investment in India by investing US$ 13 million into BluSmart, an EV ride-hailing and charging firm.

BP had led a US$ 25 million Series A funding round for the EV startup. The capital raising round’s other investors included venture capital firms Mayfield India Fund, 9Unicorns and Survam Partners, amongst others.