Why is KODA crypto slipping today?

Serabi Gold Plc (LON: SRB) is a gold exploration and mining company with gold production and exploration interests in Brazil, where it owns the Palito Mining Complex and the Coringa Gold Project both located in the Tapajos region. Â In 2019 Serabi produced over 40,000 ounces of gold from the Palito Mining Complex with management predicted that this would increase to 45,000 to 46,000 ounces in 2020, while an average of 38,000 ounces of gold per annum is expected from the Coringa Gold Project when it comes into production.

The company has been on a rapid growth path, scaling new heights every day, backed by its experienced and committed management team. The management team currently consists of the Chief Executive Officer, Finance Director, Chief Operating Officer, Non-Executive Chairman and five further non-executive Directors, who looks after the business affairs of the company on behalf of shareholders.

The management of the company comprises of highly experienced professionals in the field of mining & exploration and investment banking. They have been with the company for a number of years and overseen its growth and successful development from exploration to profitable production a clear sign of their dedication, commitment and belief in the long-term future of the company.Â 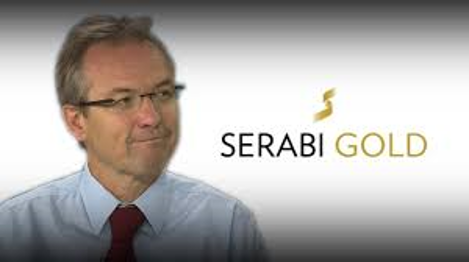 Other Position/Membership - Chartered Engineer of the Engineering Council of UK, âQualified Personâ in accordance with the Canadian National Instrument 43-101 (Standards of Mineral Disclosure for Mineral Projects), Fellow of the Institute of Materials, Minerals and MiningÂ

Michael has extensive international experience having been working in the mining industry for over thirty years. His work experience includes:

Qualification- Chartered Accountant with Honours degree in Accounting and Finance

Clive has more than thirty years of experience in finance, most of which have been within the mining and natural resources industry. Having worked for PWC in the UK and Australia he was Finance Director at Quest Petroleum Group and Cluff Resources plc both of which were successfully developed and sold and has also worked with other resource companies including Eurasia Mining plc and Northern Petroleum plc.Â

Qualification: MBA from The Getulio Vargas Foundation in Sao Paulo. From the School of Mines of the Federal University of Ouro Preto in Minas Gerais, degrees in Geology and Mine Engineering.

Roney is a Brazilian national and has a wealth of mining experience working for companies like Vale, Anglo American Plc, Votorantim and Siderugia Nacional both in Brazil and in Canada.

Mel has more than forty years of experience in the field of finance, most of which has been spent in the mining industry. He has served as Chief Financial Officer at Atlantico Gold from November 2003 to January 2004. Prior to that, he had served as Chief Financial Officer at TVX Gold Inc. in 2003. He also worked for LAC North America, Star Mining Corporation, Rossing Uranium and Riominas LSDA.Â

Other Position/Membership â Member of Law Society of Upper Canada

Sean spent the initial years of his career as an investment banker primarily focusing on the mining sector and was Head of Mining at the prestigious Canadian investment bank, BMO. Â After leaving BMO, he took up the position of President and CEO of TVX Gold in 2003 and has subsequently been involved with, and served on the Boards of, a number of mining companies that have been successfully developed and sold to larger mining companies. He is currently also the Chairman of Victoria Gold Corp. which has successfully developed and brought into production the 220,000 ounces per annum Eagle Gold Mine in Alaska.Â

Qualification -Degree of Law from the University of Southampton UK

Mark has over twenty-two yearsâ experience in the mining industry and co-founded Greenstone Resource, a successful London based private equity group solely focused on the mining sector. Â Prior to founding Greenstone he was General Manager, and Co-Head for Group Business Development at Xstrata plc and previously held senior roles at Cutfield Freeman & Company and Rio Tinto plc.Â

Other Position/Membership - Chartered Engineer of the Engineering Council of UK, âQualified Personâ in accordance with the Canadian National Instrument 43-101 (Standards of Mineral Disclosure for Mineral Projects), Member of the Institute of Materials, Minerals and Mining.

Eduardo has experience of almost thirty years in the mining industry, mostly in the Americas and Europe. As an independent consultant, he is currently engaged with several consulting assignments for various mining companies and mining funds with a primary focus on projects located in South America.Â

Nicolas has twenty years of experience in investing in Latin America. He currently holds the position of Managing Director of Private Equity and attorney-in-fact at Megeve Investments, prior to that he also held positions of Vice President and Portfolio Manager at the same company.Â

Aquiles has over twenty years of experience in the mining industry, working as an exploration manager in various companies.Â

Qualification - MBA from Fundacao Dom Cabral, Graduate in Business Administration and Economics from the University of PUC Minas Gerais.

Ulisses currently holds the responsibility of the day to day legal, finance, licensing and personnel matters of groupâs Brazilian based companies. Â Prior to taking up this role in 2009, he was the CFO of Serabi Mineracao S.A.Â

The top management of Serabi Gold Plc consists of experienced and versatile individuals. Their rich experience and consistent efforts are reflected in the performance of the company. Â Their vast experience in the mining industry has helped the company report strong accomplishment both in terms of operational and financial performance. Â