Centamin Plc (CEY) is a Jersey-based upstream exploration and development company that is involved in mining, exploration and production of precious metals, especially gold. The company’s operations and biggest assets are located in the African Nations of Burkina Faso and Côte D’Ivoire (Ivory Coast).

On 23rd October 2019, Centamin Plc announced a quarterly report for the quarter ended 30th September 2019. The company reported Gold production of 98,045 oz. from the Sukari Gold Mine in the third quarter, taking total production for the nine months in 2019 (Year to Date Production) at 332,141 oz. The company reported a Gross revenue at US $160.8 million from 108,826 oz in sales of gold, at an average gold price of US$ 1,478 per oz. during the quarter. As far as the outlook for the fourth quarter of the year is concerned, October production has been in line with expectations and on its way to be the best monthly performance for the year. The lower spectrum of the final production guidance for the year at 490,000 oz., stays as the target, while the cost guidance for the fourth quarter has not changed and is expected to stay between US $675 and US $725 per oz. produced.

By the time of writing, 2.74 million stocks of the company had been traded for the day. The average volume of trading per day for last one year has been 5.47 million. The stock has gained 5.90 per cent in the last one year from the price of GBX 105.00 per share. 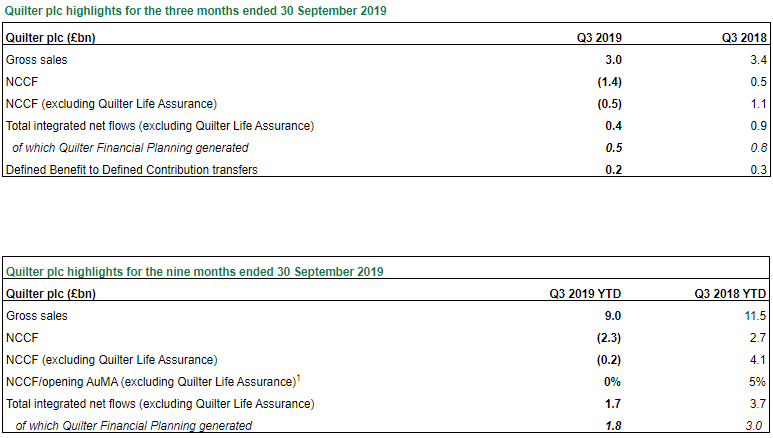 By the time of writing, 555,130 stocks of the company had been traded for the day. The average volume of trading per day for last one year has been 3.96 million. The stock has gained 23.07 per cent in the last one year from the price of GBX 115.020 per share.

Metal Tiger Plc (MTR) is a company is into making direct equity investments in resource companies on the UK’s AIM (Alternative Investment Market) platform. The company has made some tactical investments in companies like Thor Mining Plc and MOD Resources Limited, in which the company hold around 19.9 per cent interest. In terms of On Market Portfolio, the company’s important investment includes Arkle Resources plc and Greatland Gold Plc. The company considers the following conditions before making any type of an investment in a particular project: Favourability of the price outlook of the commodity, Management’s performance and its proven track record, capability of the company’s management to add to the value in terms of corporate governance as well professionalism and expertise in Financial as well as Technical context, the capability of the company of substantially growing the worth of the mining asset leveraging its experience and expertise in exploration and development operations, risks involved in the projects such as location, geographical jurisdictions and political climate and most importantly by understand the potential to exit.

The company released its results for the six months ended 30 June 2019 on 25 September 2019. The company highlighted that it had made an agreement to sell its current interest of 30 per cent in its joint venture with MOD Resources Limited, one of its Direct Equity strategic investment and to support the offer of acquisition made by Sandfire Resources NL for MOD, contingent to the approval of the shareholders of MOD Resources Limited.

By the time of writing, 518,140 stocks of the company had been traded for the day. The average volume of trading per day for last one year has been 2.12 million. The stock has lost 30.77 per cent in the last one year from the price of GBX 1.9330 per share.

The Beta of the stock has been reported to be at 1.0439, from which it can be inferred that the stock’s price movement, is more volatile as compared to the movement of the comparative benchmark index.