It seems the enthusiasm built in the economy in the first two months since the lockdown was relaxed in May 2020 has lost steam as it entered July. The Gfk consumer confidence barometer, which is one of the most respected consumer confidence index in the United Kingdom, showed a slight increase of three points at the beginning of July 2020 as compared to June. However, since then it has not shown any improvement.  The latest Gfk barometer index published on 24 July 2020 stands at (-27) which is the same as was recorded on 3 July 2020. However, three components of the index are up, while two are down for the two corresponding timelines.

All the five sub-indices are displayed below. We have discussed how they have fared as compared to the past one month and over the same period in 2019. 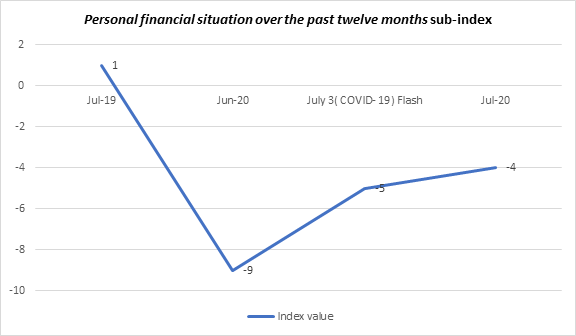 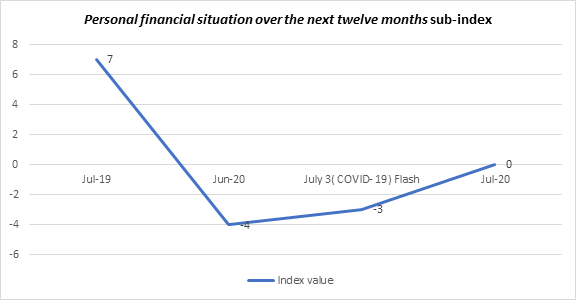 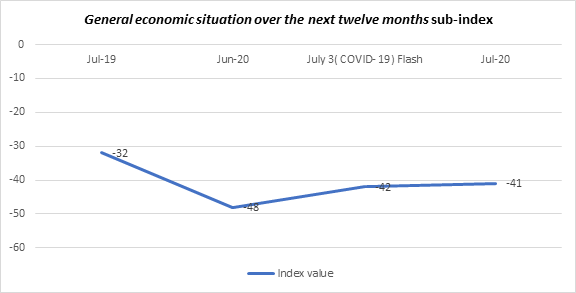 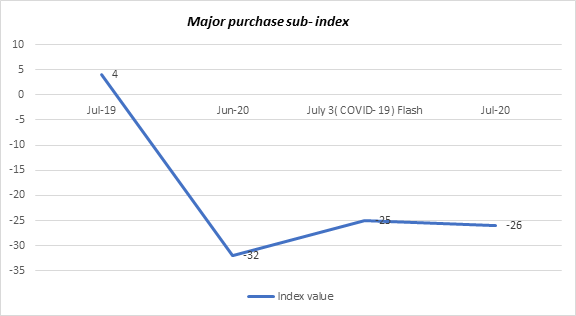 The savings index: which does not form part of the main consumer confidence index

The savings index is also measured by the Gfk barometer, though it is a separate index and is not a part of the overall consumer confidence index.  There has been a major improvement on this index between 3 July and 24 July a jump of seven points from 13 to 21 has been registered during this period. This compared to a drop of three points between June 2020 index and 3 July flash index clearly indicates that people have spent significantly less between 3 July and 24 July. An improvement in the savings index signifies that people think it is a good time to save. 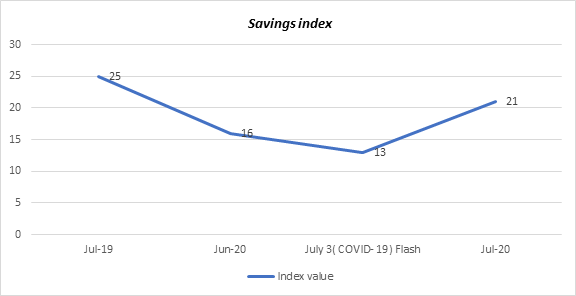 As a summary, the Gfk consumer confidence index released on 24 July 2020 shows marginal improvement over the past one month. However, it continues to remain negative. Except for the sub-index of personal financial situation over the next twelve months, all other display negative figures. At the same time, a separate savings index is positive and rising over the past one month, suggesting that people wish to save more, and spend less. The course of the coronavirus pandemic in the next few months will be the major determinant of bringing any noticeable change in the consumer confidence amongst Britishers.