The crypto exchange Coinbase went public on Wednesday, opening in a direct listing at US$381 and an initial evaluation of astounding US$100 billion. This marks a big moment for cryptocurrencies as this will provide a more mainstream way for investors to invest in the world of cryptocurrency without actually having to invest in a particular one.

Coinbase is a California-based company which provides a free platform to exchange money for cryptocurrency. 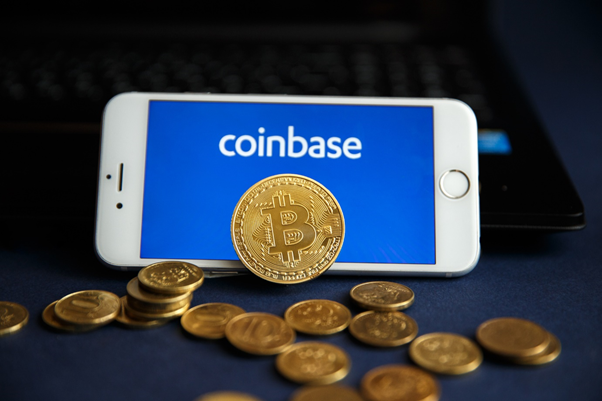 Coinbase was founded by Brian Armstrong and Fred Ehrsam, who met on the website Reddit and started the Company in 2012 when Bitcoin was worth just US$6 – a far cry from ~US$63,000 it is today.

As Ehrsam himself described on Twitter on Wednesday, Bitcoin was a crazy idea that everyone across the globe would have digital currency.

The beginnings of Coinbase were humble as the two founders worked out of a two-bedroom apartment that they shared with another company.

In fact, their first employee, Olaf Carlson-Wee, was paid in Bitcoin for the first three years of employment. Moreover, by 2018, over a third of Coinbase employees received some part of their respective salaries in Bitcoin.

Despite the small start,  within two years, Coinbase had grown to 1,000 employees. Ehrsam described on Twitter:

The price of Bitcoin increased from US$13 at the beginning of 2013 to US$1,000 bitcoin later that same year.

However, in 2017 Coinbase faced serious challenges when Bitcoin collapsed, losing a third of its value in a single day. In December 2018, the Bitcoin plummeted further to as low as US$3,122. During this time, Ehrsam said that over a third of its employees had left.

Despite the setbacks, Coinbase rallied and today has 56 million users, with 13 million of them added since the end of 2020. Besides Bitcoin, Coinbase trades in over 50 different cryptocurrencies. 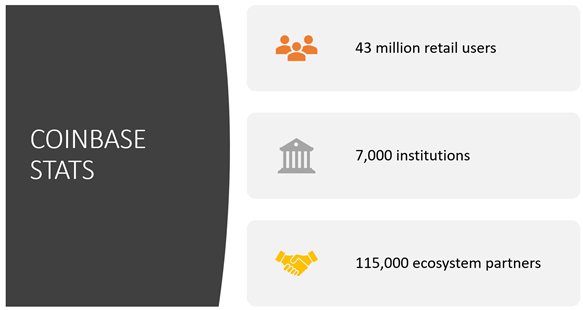 Ehrsam left the Company in 2017 to take some time off for the first time in seven years, saying then that that was the right time to go due to the solid standing of the crypto industry. He remains on the board, however, and still owns 6% of the Company. Today, he is worth US$1.9 billion.

As vocal as Ehrsam has been in recent days, at least on Twitter, Brian Armstrong remains somewhat of a mysterious figure to those even within the secular world of cryptocurrency. Coinbase public debut puts Armstrong’s net worth at US$17 billion with a 20% stake in the Company. According to Celebrity Net Worth, this puts him nearly on par with media tycoon Rupert Murdoch and vacuum cleaner inventor, James Dyson.

The 38-year-old is now one of the wealthiest people on the planet and although little is known about him, what is known is that he is serious about bringing cryptocurrency to the mainstream.

It was in 2010 when Armstrong came across Bitcoin while working as a consultant and became fixated on the intriguing possibilities of cryptocurrency. At that time, Bitcoin was very difficult to buy or sell, even for Armstrong, who had a master’s degree in computer science. Armstrong predicted that  Bitcoin would eventually go mainstream, and people would need a user-friendly platform to trade the cryptocurrency. After sourcing a US$150,000 investment, he, and partner Ehrsam launched Coinbase in 2012.

DO WATCH: What is needful for you to know about Coinbase's NASDAQ debut?

In September 2020, amidst the turmoil of protest in the US and wildfires, not to mention a global pandemic, Armstrong’s focus remained strong. He said:

In what reads somewhat like a mission statement, Armstrong puts an emphasis on the team and what it takes to be a championship team. Accompanying the statement is a photo of the late 90s Chicago Bulls team headed by sports icon Michael Jordan.

What stands out for Armstrong is his resolve towards putting the Company first, placing its goals ahead of any individual’s goals, conceding that as a team, Coinbase had achieved and will achieve things that no one could have done by themselves. He stated:

Although a strong proponent of Bitcoin, Armstrong does not appear to view the cryptocurrency through rose-coloured glasses. In December 2020, he warned of the risks associated with cryptocurrency investing.

He wrote in a blog post that cryptocurrency could be a volatile asset class compared to the traditional financial instruments investors are used to. He further cautioned investors to seek out financial advice to understand the risks associated with cryptocurrency investment.