UK inflation rose to a three-month high level in October, largely due to the hike in price rises of food, clothing and furniture. The inflation factor for all the three components have turned positive in October from a negative reading in September.

The annual rate of inflation in the UK soared to 0.7 per cent in October as compared to a rate of 0.5 per cent in September, as per the official consumer price inflation data released by the Office for National Statistics (ONS) on Wednesday. 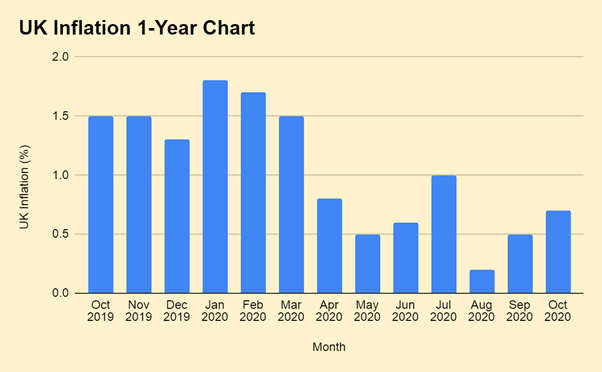