The United Kingdom and the European Union agreed upon the free trade Brexit deal on 24 December marking the end of 47 year association. The transition period lasted for a year and ended on 31 December 2020, leaving very little time for the companies to adapt to the new rules.

The UK left the EU's single market and customs union to begin a new economic relationship, which has a significant impact on both the regions, especially on the manufacturing sector and associated supply chains. Fast supply chains offering just in time delivery of products across multiple borders is the most essential factor on which modern manufacturing is dependent. 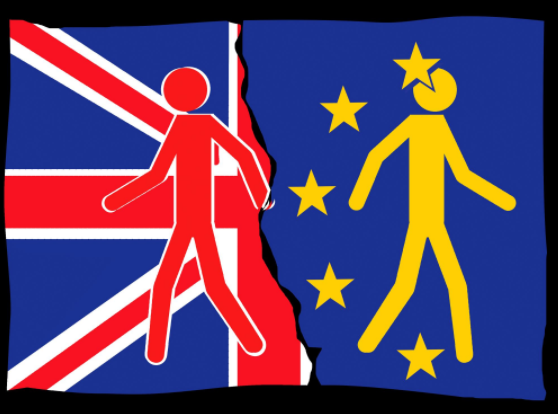 The free Brexit trade deal is considered to be a positive step towards ensuring the ongoing flow of goods between the two partners. A no deal would have led to significant disruption at the border and the imposition of tariffs would have led to much higher prices, wiping out competitiveness for many sectors. People would have paid higher prices for a limited choice of goods and services.

Though the Trade and Cooperation Agreement was signed to provide frictionless trade, there are some short-term complexities, adjustments, and compliance issues that require governments’ attention, which the businesses need to adapt to.

To ensure a smooth flow of goods, manufacturers will need to collaborate and work closely with supply chains. Many manufacturers are still in the process to rebuild their supply chains following Brexit, while other manufactures are calling out to the government for more support for the transition.

The impact on supply chains

Any good that arrives in Britain from abroad and then is exported back to the EU will be subject to a customs levy under the post-Brexit provisions. Despite the breakthrough Brexit free trade deal, many British businesses are discovering that they are now required to pay duties on exports bound for the EU.

This has triggered sliding freight traffic to Ireland and has become a part of trade disruption that can be seen after Britain's exit. Moreover, the new trading arrangement has led to supply chain delays for many products and supermarkets in Northern Ireland are struggling to fill their shelves because of the disruption.

Major supermarkets, such as Marks and Spencer Group PLC (LON: MKS), J Sainsbury PLC (LON: SBRY), and Tesco PLC (LON: TSCO), have all been adversely affected by the new red tape and customs paperwork that was introduced on 1 January.

The new rules are part of the Northern Ireland protocol, which was agreed by both the nations in 2019 to avoid a hard border on the island of Ireland. So, Northern Ireland continues to comply with the EU internal market and customs rules in order to maintain a frictionless trade.

This has resulted in enormous paperwork that is required to process Irish Sea checks on shipments from Great Britain coming to this region. Food suppliers are facing delays on shipping goods to Ireland because of the extra red tape, which is leading to shortage of items, especially for time-sensitive products like fresh fruits and vegetables and chilled meat.

Industry experts on both sides of the English Channel have expressed concern at how goods being brought to the UK from the EU are now facing heavy tariffs when re-exported to the EU.

The rules of origin of products, under the new terms of the deal, are affecting the goods causing chaos for supply chains. Apart from Brexit, the new Covid-19 border restrictions like the roll out of testing for lorry drivers because of the new Covid-19 variant has further disrupted the cross-border trade.